Celtic head to Tannadice Park on Sunday for the Premiership showdown with hosts Dundee United.

View all Dundee United v Celtic tips, stats and our pre-match poll below - as well as the best betting odds.

Dundee United will want to continue from where they left off last time out with the 3-0 Scottish Cup victory versus University of Stirling.

Liam Fox's Dundee United have found the net 11 times in their last six outings. The tally of goals that have been scored against them in those fixtures is 6.

Going into this contest, Dundee United have not registered a win against Celtic in their previous 14 matches in the league. That has got to hurt.

Celtic head into the meeting following on from a 5-0 Scottish Cup win with the defeat of Greenock Morton in their previous fixture.

Showing their involvement in productive encounters, the back of the net has been hit 21 times in the last 6 matches in which Celtic have taken to the field, yielding an average of 3.5 goals per meeting. Opposing teams have got 2 of those goals. We shall soon find out if that trend will end up being continued on into this next match.

Taking a look at their past results, Celtic:

An examination of past results between these clubs stretching back to 05/12/2021 shows that these fixtures have ended in disappointment for Dundee United. They have not managed to come away with any victories at all while Celtic have just been too good for them, finishing as winners in 83 per cent of those matches.

There were also plenty of goals scored in those games, 24 in total at an average of 4 goals per match.

The last league match between these sides was Premiership match day 14 on 05/11/2022 when it ended Celtic 4-2 Dundee United.

For their opponents, Dundee United had 6 shots at goal with 3 of them on target. Steven Fletcher (12') and Dylan Levitt (87') scored.

The Dundee United boss Liam Fox will be thankful to have no fitness worries at all ahead of this game with a fully injury-free squad to choose from.

Thanks to a completely healthy squad to pick from, the Celtic boss Ange Postecoglou does not have any fitness worries to report ahead of this match.

In this game, Dundee United will surely be able to breach the defence of this Celtic side, but one goal possibly won’t quite be as many as they’ll concede.

We’ve gone for a very close game with a 1-2 winning margin for Celtic at the end of the match. We are expecting it to be pretty even. 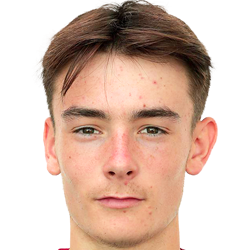 Normally used in the Centre Midfield position, Dylan Levitt was born in Bodelwyddan, Wales. After having made a senior debut playing for Dundee United in the 2021 - 2022 season, the talented Midfielder has managed 4 league goals in this Premiership 2022 - 2023 season to date coming from a total of 18 appearances.

While we have made these predictions for Dundee United v Celtic for this match preview with the best of intentions, no profits are guaranteed. Always gamble responsibly, and with what you can afford to lose. Good luck if you do place a bet today.