Ross County won’t want a repeat of their last result here following the 2-1 Premiership losing effort in their last game against Hearts.

In that match, Ross County had 40% possession and 12 attempts at goal with 3 of them on target. The only player on the scoresheet for Ross County was Jordan White (79'). On the other side, Hearts got 15 shots on goal with 4 on target. Alan Forrest (59') and Barrie McKay (77') scored for Hearts.

Ross County haven’t had any problems with scoring, finding the back of the net in each and every one of their last 6 games.

They have managed to rack up 13 during that period and have conceded a total of 5. Putting that to one side, we’ll just have to find out whether that trend will be maintained here in this game or not.

Celtic go into this clash after a 2-0 Premiership win with the downing of Aberdeen in their previous fixture.

In that game, Celtic managed 69% possession and 21 shots at goal with 9 of them on target. For Celtic, the scorers were Stephen Welsh (3') and Jota (75'). On the other side, Aberdeen got 5 shots on goal with 3 on target.

In their last 6 clashes, Celtic have amassed the sum of 16 goals. Celtic have also not failed to score on each one of those occasions. Over that period, they’ve had 3 goals go into their own net.

A glance at their most recent head-to-head meetings dating back to 23/12/2020 shows that Ross County have won 1 of them & Celtic 5, with the number of drawn results standing at 0.

A combined sum of 15 goals were scored between the two sides throughout the course of those matches, with 2 for The Staggies and 13 created by The Bhoys. That’s an average goals per game figure of 2.5.

The last league meeting between these clubs was Premiership match day 1 on 24/04/2022 which ended up with the score at Ross County 0-2 Celtic.

In that match, Ross County managed 26% possession and 6 attempts at goal with 1 of them on target.

The match was refereed by Kevin Clancy.

Alex Samuel (Surgery) and William Akio (Knee Injury) will not be able to play for Ross County manager Malky Mackay.

Due to a fully healthy group to pick from, the Celtic manager Ange Postecoglou does not have any fitness worries at all ahead of this match.

We believe that Ross County will surely be able to get a goal against this Celtic outfit, although just one goal likely won’t be enough.

We can see a tight encounter finishing with a 1-2 winning margin for Celtic at the end of the 90 minutes. Expecting it to be very competitive. 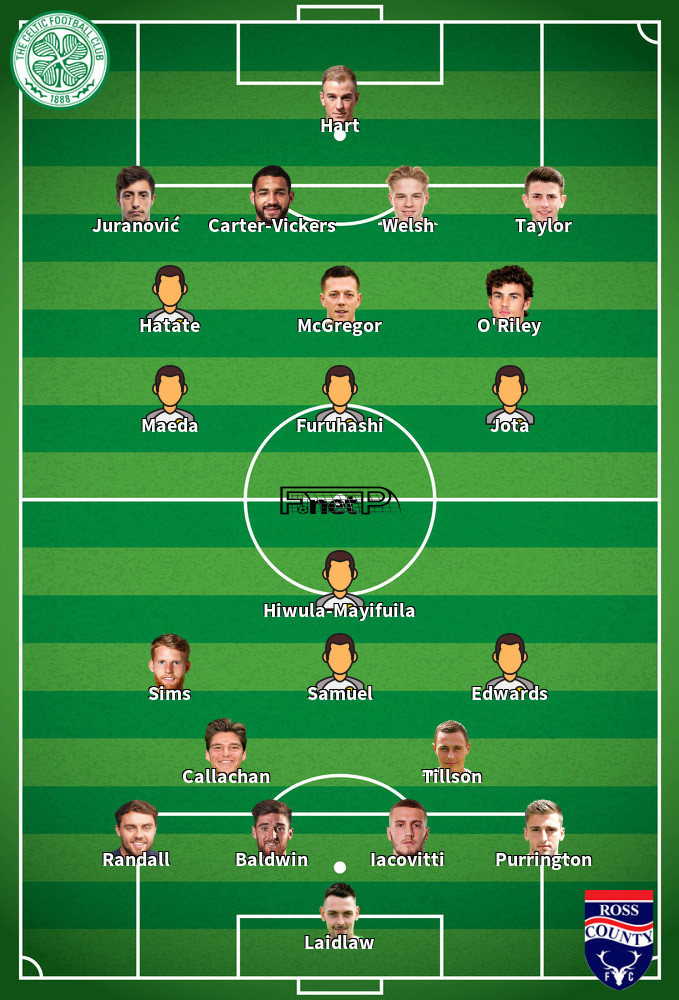 While we have made these predictions for Ross County v Celtic for this match preview with the best of intentions, no profits are guaranteed. Always gamble responsibly, and with what you can afford to lose. Good luck with your selections.