Return to this page a few days before the scheduled game when this expired prediction will be updated with our full preview and tips for the next match between these teams.
Over/Under 2.5 Goals Prediction for Central Coast Mariners vs Melbourne Victory
Under 2.5

Going into this encounter, Central Coast Mariners are winless against Melbourne Victory in their previous 18 matches in the league. A shocking run, it really is. 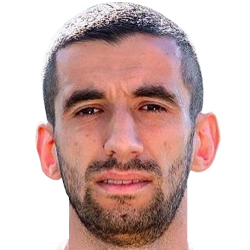 Mostly playing in the Central Attacking Midfielder position, Milan Đurić was born in Belgrade, Serbia. Having made a first senior appearance for Istra 1961 in the 2015 - 2016 season, the goalscoring Midfielder has got 4 league goals in this A-League 2019 - 2020 campaign so far coming from a total of 9 appearances.

While we have made these predictions for Central Coast Mariners v Melbourne Victory for this match preview with the best of intentions, no profits are guaranteed. Always gamble responsibly, and with what you can afford to lose. Good luck with your selections.