View all of the Central Córdoba v Defensa y Justicia predictions, poll and stats below - as well as the best betting odds.

At least three goals per game were seen in 5 of the last 6 meetings where Central Córdoba have been involved. Opposition teams scored 12 times in this period while Central Córdoba managed a tally of 8. Having said that, time will tell if that trend might continue on here in this game or not.

The last league encounter featuring the two was Superliga match day 10 on 03/09/2021 which ended up with the score at Defensa y Justicia 1-1 Central Córdoba.

The referee was Pablo Echavarría.

The Central Córdoba boss Sergio Rondina will be grateful not to have any fitness worries to speak of before this clash thanks to a completely injury-free group to pick from.

Thanks to a fully healthy group available for selection, the Defensa y Justicia boss Sebastián Beccacece has zero fitness concerns to report before this game.

We believe that Defensa y Justicia and Central Córdoba could well cancel each other out, with goals at a real premium.

It’s looking like it could well end up as a draw. We’re therefore seeing a very even match with a 0-0 draw when the referee blows the final whistle. 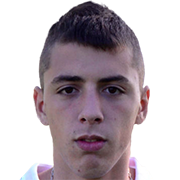 Typically deployed in the Striker position, Renzo López was born in Montevideo, Uruguay. After making a first senior appearance for Sagan Tosu in the 2020 season, the dangerous Forward has scored a sum of 2 league goals in this Superliga 2022 campaign so far from a total of 6 appearances.

While we have made these predictions for Central Córdoba v Defensa y Justicia for this match preview with the best of intentions, no profits are guaranteed. Always gamble responsibly, and with what you can afford to lose. Good luck!