To see all of our predictions, user poll & stats for Central Córdoba v Lanús, scroll down (plus the best game odds).

Central Córdoba will be looking for an improved result here after the 1-0 Copa de la Liga Profesional loss in their previous game against Godoy Cruz.

In that match, Central Córdoba had 48% possession and 10 shots on goal with 3 on target. Godoy Cruz got 18 shots at goal with 4 of them on target. Martín Ojeda (44') was the scorer for Godoy Cruz.

At least three goals per game were recorded in 5 of the past 6 meetings where Central Córdoba have participated. Opposition teams scored 14 times in this period while Central Córdoba managed a tally of 8. Historical results aside, we must now wait to see whether that trend shall continue on here in this game or not.

A succession of steadfast showings from the Lanús defence has seen the number of goals they’ve conceded amounting to 4 from their previous 6 fixtures in total. Over that same time, their forwards have scored 10.

The Central Córdoba manager Sergio Rondina does not have any fitness concerns to speak of before this clash thanks to a fully healthy group to pick from.

Out of a mainly available squad, there is only the one fitness issue for the Lanús manager Jorge Almirón to be concerned about. Pedro de la Vega (Ruptured cruciate ligament) misses out for this game.

Our thinking is that Lanús could find themselves up against it to register a score against this Central Córdoba side who we think will get the win and a maybe even keep a clean sheet as well.

We therefore think that it’s going to be a 1-0 winning margin for Central Córdoba at full-time. 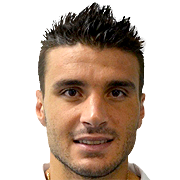 Typically played in the Striker position, Sebastian Ribas was born in Montevideo, Uruguay. After having made a senior debut playing for Spezia in the 2007 - 2008 season, the skilful Forward has scored 4 league goals in this Superliga 2021 campaign so far from a total of 16 appearances.

We have made these Central Córdoba v Lanús predictions for this match preview with the best intentions, but no profits are guaranteed. Please always gamble responsibly, only with money that you can afford to lose. We wish you the best of luck.