Return to this page a few days before the scheduled game when this expired prediction will be updated with our full preview and tips for the next match between these teams.
Full-Time Result Prediction
👉
Cercle Brugge to Win

The First Division A game at Jan Breydelstadion on Saturday sees home side Cercle Brugge playing against opponents Oud-Heverlee Leuven.

Our tips, poll and stats for Cercle Brugge v Oud-Heverlee Leuven can all be found here - plus the latest match odds.

Cercle Brugge will be hoping for a repeat of their last result, following the 2-1 First Division A success vs Beerschot.

It’s been a rare occasion in recent games where Cercle Brugge have shown defensive steel. The reality is that Groen en Zwart have failed to prevent opponents from scoring in 5 of their previous 6 games, leaking 6 goals on the way.

After tasting defeat last time out to KRC Genk in First Division A action, Oud-Heverlee Leuven will be aiming to make amends here.

Showing their fondness for eventful matches, we’ve seen goals 24 times in the previous 6 games in which Oud-Heverlee Leuven have taken to the pitch, making it a mean average of 4 goals each clash. Opposition teams have managed 12 of these goals. In any event, time will tell whether the trend will be sustained in this match.

A review of their most recent head-to-head meetings dating back to 18/08/2012 shows that Cercle Brugge have won 1 of these & Oud-Heverlee Leuven 3, with the tally of drawn results being 2.

A total of 20 goals were produced between them in these games, with 8 of them for Groen en Zwart and 12 for OHL. The average goals per game has been 3.33.

We’re of the view that Oud-Heverlee Leuven may find it difficult to score goals against this Cercle Brugge outfit who we think might well score at least once to gain the upper hand.

With that in mind, we reckon that it will be a hard-fought contest, finishing with a 1-0 winning margin for Cercle Brugge when the full-time whistle blows. 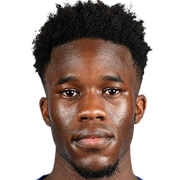 Mostly played in the Striker position, Ike Ugbo was born in Lewisham, England. Having made a first senior appearance for Barnsley in the 2017 - 2018 season, the dangerous Forward has contributed 13 league goals in the First Division A 2020 - 2021 campaign to date in a total of 30 appearances.

We have made these Cercle Brugge v Oud-Heverlee Leuven predictions for this match preview with the best intentions, but no profits are guaranteed. Please always gamble responsibly, only with money that you can afford to lose. Best of luck with your selections.