Sint-Truidense VV are the guests at Jan Breydelstadion on Monday for the First Division A game with home team Cercle Brugge.

All Cercle Brugge v Sint-Truidense VV match predictions, user poll and stats are shown below (including the best match odds).

Cercle Brugge will be hoping to bounce back here following the 2-0 First Division A loss in their previous game against RSC Anderlecht.

It’s been seldom in recent games that Cercle Brugge haven’t conceded. It will be a concern for them that Groen en Zwart have failed to prevent opponents from scoring in 6 of their previous 6 clashes, shipping 9 goals along the way. Having said that, time will tell whether that pattern will continue on in this game.

Going into this one, Cercle Brugge are unbeaten in the league by Sint-Truidense VV in their last 2 matches.

Since being defeated in their last game at the hands of Antwerp in First Division A action, Sint-Truidense VV and their fans will hope to get a better result this time.

Kevin Muscat's Sint-Truidense VV have seen their efforts on goal rewarded a total of 6 times in the course of their latest 6 matches. The total of goals that have been scored against them during those same clashes adds up to 8.

Going into this one, Sint-Truidense VV have not won away from home in their last 5 matches in the league.

A glance at their prior head to head meetings dating back to 01/10/2011 shows us that Cercle Brugge have won 3 of these games & Sint-Truidense VV 1, with the tally of drawn matches being 2.

An aggregate of 12 goals were yielded between them during those clashes, with 7 from Groen en Zwart and 5 netted by De Kanaries. That’s an average goals per game figure of 2.

The last league match between these sides was First Division A match day 26 on 15/02/2020 and the score finished Sint-Truidense VV 0-1 Cercle Brugge.

In an otherwise available group of players, there is just the sole fitness issue for the Sint-Truidense VV boss Kevin Muscat to be concerned about. Steve De Ridder (Collarbone fracture) won’t be in action. Maximiliano Caufriez will not be able to play in this game through being suspended.

Our feeling is that Sint-Truidense VV could find themselves struggling to score against this Cercle Brugge outfit who we reckon should score one, at least.

Therefore, we predict a narrow 1-0 winning score for Cercle Brugge when the referee blows for full-time.

Over/Under 2.5 Goals Prediction for Cercle Brugge vs Sint-Truidense VV
Under 2.5 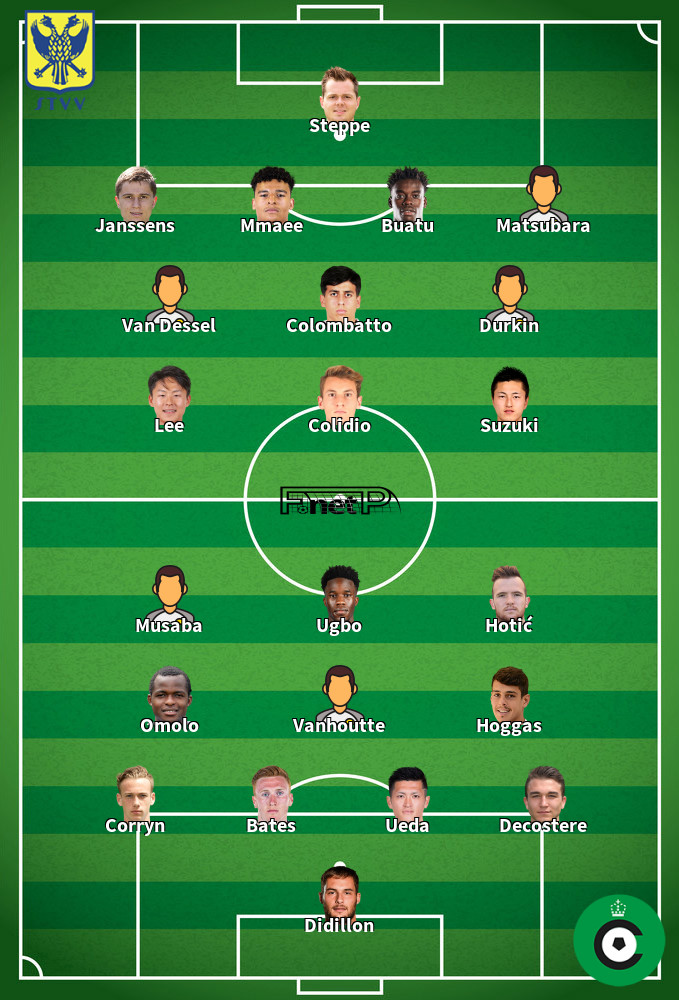 Typically played in the Striker position, Guy Mbenza was born in Brazzaville, Congo. Having made a first senior appearance for Cercle Brugge in the 2020 - 2021 season, the gifted Forward has netted 2 league goals in this First Division A 2020 - 2021 season so far from a total of 2 appearances.

While we have made these predictions for Cercle Brugge v Sint-Truidense VV for this match preview with the best of intentions, no profits are guaranteed. Always gamble responsibly, and with what you can afford to lose. Best of luck with your selections.