Cerezo Osaka, buoyed by their previous result, will be hoping for more of the same after a 0-3 J1 League success versus Consadole Sapporo.

Lévir Culpi's Cerezo Osaka have seen rewards for their attempts on goal 9 times in their past 6 outings. Conversely, the tally of goals that have been scored against them in that time stands at 8.

Going into this encounter, Cerezo Osaka have not lost a league tie with Consadole Sapporo in their previous 4 games.

Analysis of their past results shows that Consadole Sapporo:

Looking over their prior head to head clashes stretching back to 02/03/2018 shows us that Cerezo Osaka have won 3 of them & Consadole Sapporo 1, with the number of drawn games standing at 2.

A combined total of 16 goals were yielded between them in this period, with 10 for Sakura and 6 netted by Consa. That’s an average goals per game of 2.67.

The previous league encounter between these sides was J1 League match day 19 on 08/09/2021 which ended up with the score at Consadole Sapporo 0-3 Cerezo Osaka.

On that day, Consadole Sapporo had 64% possession and 13 shots at goal with 5 of them on target.

Thanks to a fully injury-free squad to pick from, the Consadole Sapporo manager Mihailo Petrović doesn’t have any fitness concerns to speak of coming into this match.

We’re thinking that Consadole Sapporo have the ability to get a goal against this Cerezo Osaka lineup, but it possibly won’t quite be as many as the goals that they could concede.

We reckon that it will be a close game with a 2-1 win for Cerezo Osaka by the time that the referee blows the final whistle. Looking forward to this. 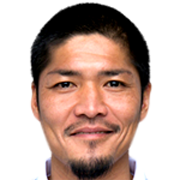 Generally playing in the Striker position, Yoshito Ōkubo was born in Kanda, Japan. Having made a first senior appearance for Cerezo Osaka in the 2001 season, the gifted Forward has managed 5 league goals in the J1 League 2021 campaign to date coming from a total of 18 appearances.

We have made these Cerezo Osaka v Consadole Sapporo predictions for this match preview with the best intentions, but no profits are guaranteed. Please always gamble responsibly, only with money that you can afford to lose.