View all Sanfrecce Hiroshima v Cerezo Osaka tips, stats and our pre-match poll below - as well as up-to-date odds.

Their most recent results shine a light on the fact that quality has been evident in the Sanfrecce Hiroshima defence. Sanfrecce Hiroshima have been mean at the back, with the tally of goals that have flown into the back of their net over the course of their last six games standing at 4.

Heading into this fixture, Sanfrecce Hiroshima haven't been defeated in their previous 3 league matches at home.

Cerezo Osaka head into the clash after a 1-4 J. League Cup win with the defeat of Shonan Bellmare in their most recent fixture.

Over the course of their last 6 outings, Cerezo Osaka have helped themselves to a total of 15 goals. Cerezo Osaka have also scored in every single one of those games. Over that period, their defenders have had 5 goals go into their own net. That trend won’t necessarily be carried forward into this match, of course.

Going into this one, Cerezo Osaka have not been beaten by Sanfrecce Hiroshima when they've played them away from home in the last 4 league matches. A very good record, indeed.

A glance at their prior head-to-head meetings stretching back to 09/03/2019 shows us that Sanfrecce Hiroshima have won 3 of these games and Cerezo Osaka 2, with the number of drawn matches standing at 1.

A combined sum of 11 goals were produced between them in this period, with 6 from Sanfrecce and 5 for Sakura. The average number of goals per game works out to 1.83.

The previous league game featuring these clubs was J1 League match day 32 on 22/09/2021 which finished with the scoreline of Sanfrecce Hiroshima 0-1 Cerezo Osaka.

In that match, Sanfrecce Hiroshima managed 52% possession and 3 shots on goal with 1 on target.

At the other end, Cerezo Osaka got 19 attempts on goal with 5 of them on target. Ryosuke Shindo (55') scored.

In our view, Cerezo Osaka will manage to find the back of the net against this Sanfrecce Hiroshima outfit, although that probably shouldn’t be as many as they will have scored against them.

We are anticipating a 2-1 victory for Sanfrecce Hiroshima after 90 minutes. Let’s wait and see how it plays out. 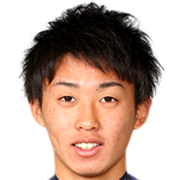 Mostly playing in the Central Attacking Midfielder position, Tsukasa Morishima was born in Japan. Having played his first senior match for Sanfrecce Hiroshima in the 2017 season, the skilful Midfielder has managed 4 league goals in the J1 League 2022 season so far from a total of 13 appearances.

While we have made these predictions for Sanfrecce Hiroshima v Cerezo Osaka for this match preview with the best of intentions, no profits are guaranteed. Always gamble responsibly, and with what you can afford to lose.