The J1 League clash at Yanmar Stadium Nagai on Saturday sees home side Cerezo Osaka take to the field against opponents Vissel Kobe.

Our predictions, user poll and statistics for Cerezo Osaka v Vissel Kobe can be found here - plus the latest betting odds.

The only player to score from Cerezo Osaka was Adam Taggart (89'). Yasuto Wakizaka (33') scored for Kawasaki Frontale.

Cerezo Osaka haven’t been able to stop scoring goals, hitting the target in one hundred percent of their last 6 games.

They’ve totted up the amount of 12 during that period and have conceded a total of 8. That aside, we’ll just have to find out if that pattern shall be replicated in this upcoming game.

A look at their previous results shows us that Cerezo Osaka:

Since being defeated in their last game at the hands of Avispa Fukuoka in J. League Cup action, Vissel Kobe and their fans will hope to get a better result this time.

The only name on the scoresheet from Vissel Kobe was Yūya Ōsako (90'). John Mary (44') and Lukian (58') scored for Avispa Fukuoka.

Miguel Lotina's Vissel Kobe have turned their attacks into goals 7 times throughout their previous sextet of matches. The number of goals that have been scored against them during that period comes to 5.

A look at their previous results shows us that Vissel Kobe:

Looking over their prior head to head clashes dating back to 23/11/2019 shows that Cerezo Osaka have won 2 of them & Vissel Kobe 1, with the tally of drawn games standing at 3.

An aggregate of 7 goals were scored between them in these games, with 4 of them from Sakura and 3 netted by Ushi. That is an average goals per game value of 1.17.

The previous league game featuring these sides was J1 League match day 8 on 10/04/2022 when it finished Vissel Kobe 0-1 Cerezo Osaka.

In that game, Vissel Kobe had 64% possession and 16 attempts at goal with 3 of them on target.

Cerezo Osaka had 14 shots at goal with 5 of them on target. Mutsuki Kato (27') was the scorer.

In our opinion, Vissel Kobe could well find it tough to break down this Cerezo Osaka side who we reckon should be able to grind out a win.

We’re therefore anticipating a hard-fought contest, finishing with a 1-0 advantage for Cerezo Osaka at full-time. 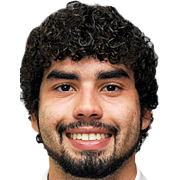 Typically deployed in the Striker position, Bruno Mendes was born in Cruzeiro, Brazil. Having played his first senior match for Botafogo in the 2012 season, the talented Forward has hit 3 league goals in the J1 League 2022 season so far from a total of 15 appearances.

We have made these Cerezo Osaka v Vissel Kobe predictions for this match preview with the best intentions, but no profits are guaranteed. Please always gamble responsibly, only with money that you can afford to lose. We wish you the best of luck.