Full predictions, pre-match stats and user poll for CSKA Sofia v Cluj are shown on this page - along with the latest match odds.

CSKA Sofia go into this match after a 1-1 First League drawn result vs Beroe Stara Zagora.

The only scorer from CSKA Sofia was Valentin Antov (54'). Gaius Makouta (48') scored for Beroe Stara Zagora.

Three or more goals per match were seen in 5 of the last 6 meetings where CSKA Sofia have played. Opposing sides scored 9 of them in these games whereas The Army Men managed to get a total of 12.

Cluj go into this game following on from a 2-1 Liga I win with the defeat of Botoșani in their most recent match.

A run of resolute performances by the CFR Cluj defence has seen their ‘goals against’ tally standing at 3 from their previous 6 fixtures combined. Over that same period of time, their own forwards have managed to score 9. We will find out whether or not that trend will be sustained in this game.

In our view, Cluj and CSKA Sofia may well both score, with little between these two teams.

Will be interesting to see how this one goes, with a good chance of a draw. We’re therefore predicting a very close game with a 1-1 score draw at the end of the 90 minutes.

Both Teams to Score Prediction for CSKA Sofia vs Cluj
Yes 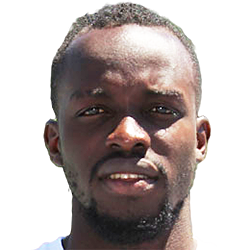 Generally deployed in the Striker position, Ali Sowe was born in Banjul, Gambia. Having played his first senior match for Chievo Verona in the 2012 - 2013 season, the dangerous Forward has accumulated 2 league goals in the First League 2020 - 2021 season so far coming from a total of 8 appearances.

While we have made these predictions for CSKA Sofia v Cluj for this match preview with the best of intentions, no profits are guaranteed. Always gamble responsibly, and with what you can afford to lose. We wish you the best of luck.

⚽️ Where can I see the predictions for other Europa League matches?