All Randers v CFR Cluj match predictions, user poll and stats are shown below including the latest game odds.

Randers, buoyed by their previous result, will be hoping for more of the same after the 4-1 Superliga success against Vejle BK.

Randers haven’t been able to stop scoring goals, netting in one hundred percent of their last 6 matches.

They’ve hit an aggregate of 13 during that period while seeing the number of goals scored against them stand at 7.

Cluj come into this encounter following a 0-2 Liga I win as they beat FC U Craiova in their previous match.

In 5 of the prior 6 clashes featuring CFR Cluj, a comparatively low number of goals have been hit between them and their opponents. The overall average number of goals per game within that spell comes to a paltry 1.83, with the average goals for Ceferiștii being 1.33. Let’s see whether or not that trend will end up being sustained into this next match.

The previous league fixture between these clubs was Conference League match day 2 on 30/09/2021 when the final score was CFR Cluj 1-1 Randers.

The Randers manager Thomas Thomasberg has zero fitness worries at all coming into this clash owing to a completely injury-free group available to select from.

With a completely healthy squad ready to go, the Cluj manager Dan Petrescu does not have any fitness worries whatsoever coming into this match.

In this match, CFR Cluj are likely to find the back of the net against this Randers lineup, although that probably won’t be enough to avoid a loss.

We’re tipping a close game with a 2-1 victory for Randers when all is said and done. It should be a decent one. 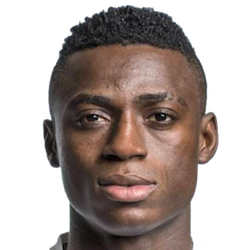 Typically taking up the Striker position, Stephen Odey was born in Nigeria. After making a first senior appearance for FC Zürich in the 2017 - 2018 season, the dangerous Forward has hit 5 league goals in this Superliga 2021 - 2022 season so far in a total of 8 appearances.

While we have made these predictions for Randers v CFR Cluj for this match preview with the best of intentions, no profits are guaranteed. Always gamble responsibly, and with what you can afford to lose. Good luck with your selections.