This Chambly Oise v Niort live stream video is set for 15/01/2021. Soccer fans can watch this match on a live streaming service if this match is featured in the schedule referenced above. Here we provide helpful information for watching this Ligue 2 game including the most recent team form, h2h clashes and our game tips.

To watch the match using alternative methods, look up TV channel schedules for your locality. Such broadcasting rights are typically granted on a per-competition/league or even individual match basis. For matches shown live on regional television programmes, check the listings on channels such as BT Sport, Amazon Prime Video, Sky Sports, Now TV, iTV, Canal+, Fox Soccer, ESPN relevant to where you are.

After the match finishes, we might also provide a link to highlights from time to time. We are not responsible for the transmission of any match video content linked to from this site. All legal complaints must be done by contacting the hosters/owners of the content.

Chambly Oise will want to continue from where they left off last time out with the 1-3 Ligue 2 success over Pau FC.

It’s been seldom in recent times where Chambly Oise have shown defensive steel. It will be a concern for them that Chambly have been scored against in 5 of their previous 6 matches, shipping 8 goals in the process. In any event, we will just have to wait and see if such a trend shall be maintained here in this match.

Following on from a losing effort in their last game against Amiens SC in Ligue 2 action, Niort and their travelling supporters will be hoping that they can get a better result in this one.

In 5 of the previous 6 clashes involving Niort, a comparatively low number of goals have been scored between them and their opposition. The overall average number of goals per game within that spell is a meagre 2.17, with the number of goals averaged by Les chamois being 0.5.

Coming into this clash, Niort are without a win away from home in their last 4 league matches.

The previous league contest featuring these sides was Ligue 2 match day 2 on 29/08/2020 which ended up with the score at Niort 1-1 Chambly Oise.

Chambly Oise manager Bruno Luzi will be happy not to have any fitness worries to speak of before this game owing to a fully injury-free squad ready to go.

From a largely full-strength group, there is only the lone fitness problem for the Niort gaffer Sébastien Desabre to be concerned about. Valentin Jacob (Thigh Problems) won’t be playing here.

We feel that Niort will likely create enough chances to find the net against this Chambly Oise team, however it is unlikely to be as many as they’ll concede.

We’re going for a narrow 2-1 win for Chambly Oise after 90 minutes. Let’s see what eventuates. 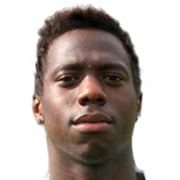 Mostly taking up the Right Wing position, Joris Correa was born in Drancy, France. Having made his senior debut playing for SC Bastia in the 2013 - 2014 season, the skilful Forward has scored a sum of 6 league goals in the Ligue 2 2020 - 2021 season so far coming from a total of 17 appearances.

We have made these Chambly Oise v Niort predictions for this match preview with the best intentions, but no profits are guaranteed. Please always gamble responsibly, only with money that you can afford to lose.

⚽️ Where can I find the tips for other Ligue 2 matches?

You can see all of the next (and previous) Ligue 2 predictions & previews here.