Return to this page a few days before the scheduled game when this expired prediction will be updated with our full preview and tips for the next match between these teams.
Full-Time Result Prediction
👉
Juventude to Win

Scroll down to see all of the predictions, poll and statistics for Juventude v Chapecoense (including the best match odds).

Juventude will be looking for an improved result here after a 1-0 Serie A losing effort in their last game against Internacional.

Fewer than three goals per game were scored during 6 of the last 6 fixtures where Juventude have taken part. With regard to the goal weighting from that period, opposition teams scored a total of 5 and Juve managed the sum of 4.

After a losing effort in their last game against Cuiabá in Serie A action, Chapecoense will be aiming to make amends here.

The stats tell the story, and Chapecoense have been scored against in 6 of their last 6 matches, with opponents netting 13 goals overall. At the back, Verdão certainly have room for improvement. That pattern won’t necessarily be carried forward here, though.

Going into this one, Chapecoense haven’t won away from home in the past 10 league matches. Who knows how long it might last, too.

Juventude manager Marquinhos Santos doesn’t have any fitness concerns whatsoever before this game owing to a completely healthy squad available to choose from.

Chapecoense boss Jair Ventura has some current player fitness concerns. Kaio (inflamation of Biceps) and Vagner (Ruptured knee ligament) are names that won’t be on the team sheet.

For this match, we think that Chapecoense are certainly able to score a goal against this Juventude outfit, although that is unlikely to be as many as they will have scored against them.

We’re expecting a narrow 2-1 victory for Juventude after 90 minutes. Looking forward to seeing how this one unfolds. 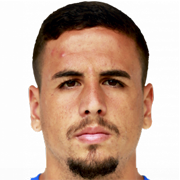 Generally deployed in the Striker position, Matheus Peixoto was born in Rio de Janeiro, Brazil. After having played his first senior match for Sport Recife in the 2018 season, the dangerous Forward has hit 6 league goals in the Série A 2021 season to date in 11 appearances.

We have made these Juventude v Chapecoense predictions for this match preview with the best intentions, but no profits are guaranteed. Please always gamble responsibly, only with money that you can afford to lose. We wish you the best of luck.