The KAA Gent v Charleroi live stream video is set to be broadcast on 19/05/2022. Fans of both clubs can watch the fixture on a live streaming service if this match is included in the schedule referenced above. Here we give helpful information for watching this First Division A - Play-Offs match including the most recent guide to form, head to head clashes and our game tips.

To watch the game using other ways, check television schedules in your local region. Such broadcasting deals are typically distributed on a per-competition/league or even individual match basis. For games shown live on regional tv programmes, check the listings on the likes of BT Sport, Amazon Prime Video, Sky Sports, Now TV, iTV, Canal+, Fox Soccer, ESPN that are relevant for your current location.

When the abovementioned broadcaster is providing KAA Gent v Charleroi football live streaming coverage, you’ll be able to see it on mobile devices (iPhone, Android including Infinix) and computer or even tablet (eg iPad, Acer ACTAB).

Post-game, we may also link to highlights from time to time. We are not responsible for the transmission of any game video content linked to from here. All legal issues must be done by contacting the hosters/owners of this content.

Full predictions, pre-match stats and user poll for KAA Gent v Charleroi are shown on this page - as well as the best betting odds.

KAA Gent, following on from their previous result, will be hoping for more of the same after a 0-2 First Division A - Play-Offs victory vs KRC Genk.

In that game, KAA Gent managed 46% possession and 9 attempts on goal with 4 on target. For KAA Gent, goals were scored by Tarik Tissoudali (29') and Vadis Odjidja-Ofoe (72'). For their opponents, KRC Genk got 8 shots on goal with 2 of them on target.

Their more recent scorelines shine a light on the fact that not much more can be done by the KAA Gent rearguard. KAA Gent have kept it tight, seeing the tally of goals that have gone in at their end over the course of their previous six games standing at 3. Let’s see if that trend can be continued on into this next match.

Charleroi go into this encounter after a 3-2 First Division A - Play-Offs win against KV Mechelen in their last outing.

In as many as 5 out of the previous 6 games featuring Charleroi, at least three goals have gone in. The overall average goals scored per game during that time is 3.67, with the number of goals averaged by Charleroi standing at 1.83.

A look at their prior head to head clashes going back to 22/11/2020 tells us that KAA Gent have won 4 of these games & Charleroi 1, with the tally of drawn matches being 1.

18 goals were shared by the two clubs throughout the course of those matches, with 13 from De Buffalo's and 5 created by Les Zèbres. That’s an average goals per game of 3.

The last league fixture featuring these clubs was First Division A - Play-Offs match day 2 on 30/04/2022 which finished with the scoreline of Charleroi 1-3 KAA Gent.

On that day, Charleroi had 45% possession and 11 attempts at goal with 7 of them on target. The scorer was Adem Zorgane (45').

The KAA Gent manager Hein Vanhaezebrouck doesn’t have any fitness concerns to speak of ahead of this match with a fully healthy squad available for selection.

Thanks to a completely injury-free group to pick from, the Charleroi manager Edward Still does not have any fitness worries whatsoever coming into this match.

We feel that in this game, KAA Gent will probably convert a lot of goal-scoring opportunities.

However, Charleroi are also probably going to find it difficult to get a goal of their own but we do fancy them hitting back at some stage.

We’re tipping a 3-1 victory for KAA Gent at the conclusion of the game. 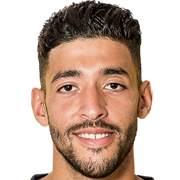 Normally played in the Left Wing position, Tarik Tissoudali was born in Amsterdam, Netherlands. After making a first senior appearance for Telstar in the 2014 - 2015 season, the dangerous Forward has netted 19 league goals in this First Division A 2021 - 2022 campaign to date in 29 appearances.

While we have made these predictions for KAA Gent v Charleroi for this match preview with the best of intentions, no profits are guaranteed. Always gamble responsibly, and with what you can afford to lose. Best of luck.

⚽️ Where can I see the predictions for other First Division A - Play-Offs games?

Look at all of the next (and previous) First Division A - Play-Offs predictions & previews here.