Our tips, poll and stats for Charleroi v Partizan Belgrade can all be found here - along with the latest match odds.

Charleroi, who won their previous game, will hope for a similar result following a 3-1 First Division A victory vs Beerschot.

Charleroi haven’t been able to stop scoring goals, netting every time they’ve gone out to play in their last 6 matches.

They have managed to rack up 12 during that period and have conceded a total of 2. Such a pattern might not be sustained into this game, however.

Partizan Belgrade will come into the match after a 0-1 SuperLiga win against Zlatibor Čajetina in their last match.

A series of effective displays by the Partizan Belgrade defence has resulted in the number of goals they’ve conceded standing at 3 from their previous 6 fixtures in total. Over that same time, their own attack force has managed to score 13.

From a largely healthy group, there is just the lone fitness worry for the Partizan Belgrade manager Savo Milošević to be concerned about. Nikola Lakcevic (Knee Injury) won’t be playing here.

Partizan Belgrade could well find it tough to break down this Charleroi lineup who should score at least once to gain the upper hand.

We therefore fancy a very even match with a 1-0 victory for Charleroi after 90 minutes. 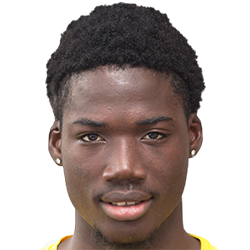 Mostly deployed in the Striker position, Shamar Nicholson was born in Jamaica. After having played his first senior match for Charleroi in the 2019 - 2020 season, the accomplished Forward has hit 3 league goals in the First Division A 2020 - 2021 campaign to date from a total of 6 appearances.

While we have made these predictions for Charleroi v Partizan Belgrade for this match preview with the best of intentions, no profits are guaranteed. Always gamble responsibly, and with what you can afford to lose. We wish you the best of luck.