To see all of our predictions, user poll & stats for Charleroi v Union Saint-Gilloise, scroll down including the latest game odds.

Charleroi go into this fixture following a 2-2 First Division A draw vs Club Brugge.

Union Saint-Gilloise will go into the meeting after a 1-0 First Division A win with the eclipse of Oud-Heverlee Leuven in their last match.

A sequence of reliable showings from the Union Saint-Gilloise defensive players has seen the number of goals they’ve conceded amounting to 2 from their past 6 fixtures overall. During the same period of time, their forwards have scored 14. Historical results aside, time will tell if that trend might be maintained in this upcoming game.

Going into this contest, Union Saint-Gilloise are undefeated in their last 8 away league matches. What an impressive run of results.

The previous league clash featuring the two was First Division A match day 2 on 29/07/2022 when it ended Union Saint-Gilloise 1-0 Charleroi.

In that game, Union Saint-Gilloise managed 51% possession and 16 attempts on goal with 6 on target. Their only player on the scoresheet was Ross Sykes (56').

For their opponents, Charleroi had 5 attempts at goal with 4 on target.

There is just the lone fitness concern for the Charleroi gaffer Felice Mazzù to be concerned about from a near full-strength group. Nadhir Benbouali (Cruciate Ligament Rupture) is out of contention.

Owing to a completely healthy squad available to choose from, the Union Saint-Gilloise boss Karel Geraerts has zero fitness concerns to report before this clash.

Our thinking is that Charleroi will have to play well to score goals against this Union Saint-Gilloise outfit who we reckon will just have the edge.

That’s why our selection here is for a highly competitive game with a 0-1 victory for Union Saint-Gilloise at the end of the 90 minutes. 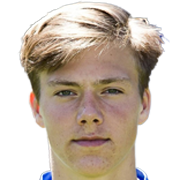 Usually played in the Central Attacking Midfielder position, Daan Heymans was born in Belgium. Having made his senior debut playing for KVC Westerlo in the 2016 - 2017 season, the skilful Midfielder has got 5 league goals in the Pro League 2022 - 2023 campaign to date in 20 appearances.

We have made these Charleroi v Union Saint-Gilloise predictions for this match preview with the best intentions, but no profits are guaranteed. Please always gamble responsibly, only with money that you can afford to lose. Good luck if you do place a bet today.