Return to this page a few days before the scheduled game when this expired prediction will be updated with our full preview and tips for the next match between these teams.
Full-Time Result Prediction
👉
Charlotte FC to Win

There is MLS action on Saturday when Charlotte FC play Montreal Impact.

Scroll down to see all of the predictions, poll and statistics for Charlotte FC v Montreal Impact (plus the best game odds).

Charlotte FC, who won their previous game, will hope for a similar result following the 1-5 Open Cup victory over Richmond Kickers.

Miguel Ángel Ramírez's Charlotte FC have managed to score a sum total of 6 times in their preceding 6 outings. The number of goals that have been scored against them in those fixtures is 5.

Montreal Impact go into this match following on from a 4-1 MLS win as they beat Orlando City in their last match.

With a fully injury-free group available to choose from, the Montreal Impact boss Wilfried Nancy has no fitness concerns to speak of before this clash.

Here is a game where Montreal Impact could well find it tough to see themselves scoring against this Charlotte FC team who we think might well win and very possibly keep a clean sheet.

We’ve gone for a hard-fought 1-0 winning margin for Charlotte FC at the end of the 90 minutes. 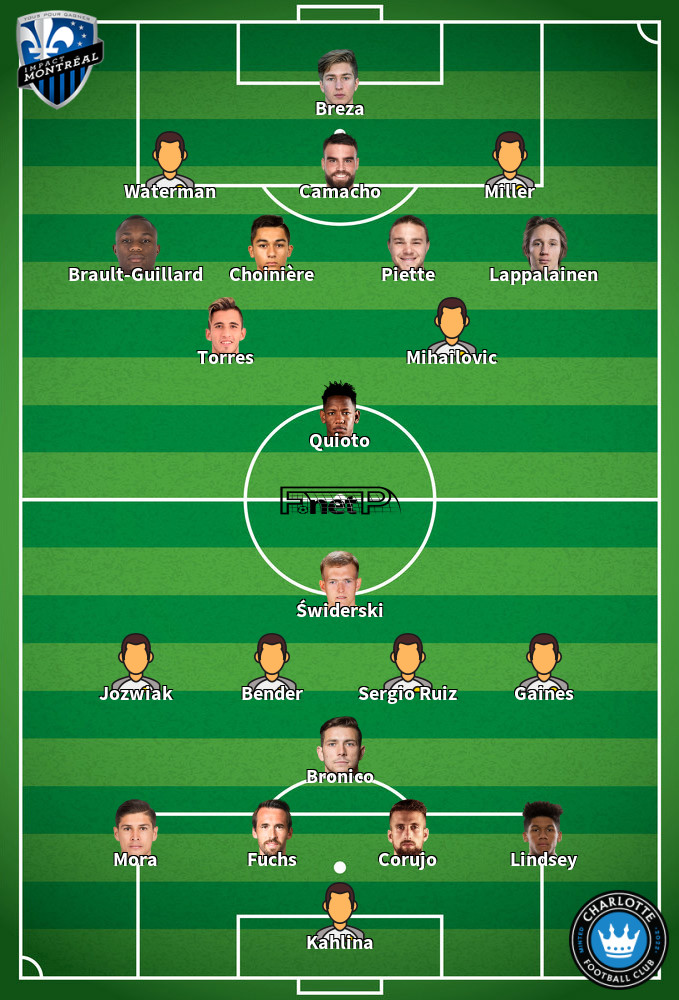 We have made these Charlotte FC v Montreal Impact predictions for this match preview with the best intentions, but no profits are guaranteed. Please always gamble responsibly, only with money that you can afford to lose. We wish you the best of luck.