This MK Dons v Charlton Athletic live stream video is set for 25/01/2021. Football fans can watch the match on a live streaming service if this match is featured in the schedule provided above. Here we show useful info for watching this League One game including the most recent team form, head to head clashes and our match views.

In order to view the game via alternative methods, search for tv listings for your country. Such broadcasting contracts are usually distributed on a per-competition/league or even individual game level. For games shown live on regional television programmes, check the listings on stations like BT Sport, Amazon Prime Video, Sky Sports, Now TV, iTV, Canal+, Fox Soccer, ESPN depending on your current location.

Where the abovementioned broadcaster does broadcast a MK Dons v Charlton Athletic football live streaming coverage, you’ll be able to view the game on a mobile (iPhone, Android including Samsung Galaxy) and computer plus tablet (eg iPad, Huawei MediaPad).

After the match finishes, we might also link to match highlights from time to time. We aren’t responsible for the transmission of any match video content linked to from this site. All legal complaints must be done by contacting the hosters/owners of such content.

Charlton Athletic will be the visitors at Stadium MK on Tuesday for the League One fixture with hosts MK Dons.

Our full set of predictions, statistics and match poll for MK Dons v Charlton Athletic can be seen below including the latest game odds.

MK Dons will be looking for a repeat result of the 3-1 League One triumph versus Fleetwood Town.

Over their last 6 fixtures, Russell Martin's MK Dons have scored a combined total of 12 times giving them an average number of goals per match equal to 2.

Coming into this meeting, MK Dons are unbeaten in their previous 5 league matches at home.

In their previous game, Charlton Athletic drew 2-2 in the League One match with Swindon Town.

Indicating their predisposition for productive encounters, goals have been scored 20 times in the prior 6 matches in which Charlton Athletic have played, yielding an average of 3.33 goals for each fixture. Opposing teams have managed 12 of these goals.

Coming into this meeting, Charlton Athletic haven't been defeated by MK Dons when they have played them away from home in the previous 2 league games.

An examination of their most recent head-to-head clashes stretching back to 26/12/2016 tells us that MK Dons have won 3 of these & Charlton Athletic 2, with the tally of draws standing at 1.

A combined sum of 14 goals were scored between the two sides in this period, with 9 of them from The Dons and 5 belonging to The Addicks. This gives an average number of goals per game equal to 2.33.

The last league contest between these sides was League One match day 15 on 02/12/2020 which ended up with the score at Charlton Athletic 0-1 MK Dons.

The match was refereed by Andrew Davey.

It’s a low absenteeism rate, with just a single fitness concern for the MK Dons boss Russell Martin to be concerned with thanks to an otherwise robust group of players. Ben Gladwin (Knee Injury) misses out.

With a fully injury-free squad ready to go, Charlton Athletic manager Lee Bowyer has zero fitness concerns at all before this game. Darren Pratley will not be able to play in this game through being suspended.

Our thinking is that Charlton Athletic may well find it hard to score goals against this MK Dons team who we reckon will manage to get a goal of their own in a winning performance. 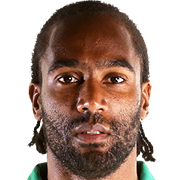 Generally deployed in the Striker position, Cameron Jerome was born in Huddersfield, England. Having made a first senior appearance for Cardiff City in the 2004 - 2005 season, the dangerous Forward has struck 7 league goals in the League One 2020 - 2021 season so far in 19 appearances.

We have made these MK Dons v Charlton Athletic predictions for this match preview with the best intentions, but no profits are guaranteed. Please always gamble responsibly, only with money that you can afford to lose. Good luck!

⚽️ Where can I find the odds for other League One matches?

You can see all of our upcoming (and previous) League One predictions & previews here.