Peterborough United will be taking on away team Charlton Athletic at Weston Homes Stadium in this League One fixture on Tuesday.

Scroll down for all of our predictions, poll and stats for the Peterborough United v Charlton Athletic game (including the best match odds).

Peterborough United are hoping to win again following a 3-0 League One success vs MK Dons.

For Peterborough United, the goalscorers were Jonson Clarke-Harris (7') and Sammie Szmodics (30', 65').

Peterborough United have been on a persistent run of goalscoring form, netting every time they’ve gone out to play in their last 6 matches.

They have totted up the amount of 17 during that period while seeing the number of goals scored against them stand at 4.

Heading into this fixture, Peterborough United are unbeaten in the league by Charlton Athletic in their last 7 matches.

Charlton Athletic come into this meeting following a 0-1 League One win against Bristol Rovers in their previous match.

The only name on the scoresheet from Charlton Athletic was Liam Millar (64').

The stats tell the story, and Charlton Athletic have been scored against in 5 of their last 6 games, seeing their opponents hit 12 goals in all. In defence, The Addicks have seen their frailties exposed. We shall soon see if that trend will end up being continued on here.

Their past results show that Charlton Athletic:

An examination of their past head to head meetings stretching back to 17/12/2016 shows that these fixtures have ended in disappointment for Charlton Athletic. They’ve not managed to get themselves any wins whatsoever whereas Peterborough United have been the better of the two, finishing as winners in 67% of those games where they have faced each other.

A combined total of 14 goals were shared by the two clubs in these games, with 11 of them from The Posh and 3 belonging to The Addicks. This gives an average number of goals per game equal to 2.33.

The last league contest featuring these sides was League One match day 30 on 26/01/2019 and the score finished Peterborough United 0-0 Charlton Athletic.

Peterborough United manager Darren Ferguson doesn’t have any fitness concerns to speak of before this game thanks to a completely injury-free squad to choose from.

With a completely injury-free squad available for selection, Charlton Athletic boss Lee Bowyer has zero fitness concerns to speak of before this game. Darren Pratley will not be able to play in this game through being suspended.

We’re thinking that Charlton Athletic will have to play well to register a score against this Peterborough United team who we think might well score at least once to put them ahead.

Therefore, we predict a narrow 1-0 winning margin for Peterborough United at the end of the 90 minutes. 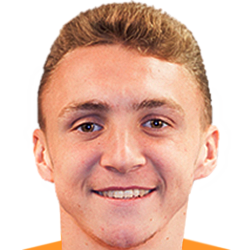 Usually playing in the Centre Midfield position, Jack Taylor was born in Hammersmith, England. Having made a first senior appearance for Barnet in the 2016 - 2017 season, the talented Midfielder has got 3 league goals in the League One 2020 - 2021 campaign so far in 17 appearances.

While we have made these predictions for Peterborough United v Charlton Athletic for this match preview with the best of intentions, no profits are guaranteed. Always gamble responsibly, and with what you can afford to lose.