Charlton Athletic arrive at Montgomery Waters Meadow on Saturday for the League One showdown with hosts Shrewsbury Town.

View all of the Shrewsbury Town v Charlton Athletic predictions, poll and stats below - plus the latest betting odds.

Shrewsbury Town head into this match following a 1-1 League One drawn match against Sunderland.

The only scorer from Shrewsbury Town was Daniel Udoh (64'). Alex Pritchard (16') scored for Sunderland.

Taking a look at their past results, Shrewsbury Town:

In their last game, Charlton Athletic drew 2-2 in the League One match with Morecambe.

For Charlton Athletic, the goals were scored by Diallang Jaiyesimi (2') and Conor Washington (27'). Cole Stockton (29') and Anthony O'Connor (72') scored for Morecambe.

A series of outstanding performances from the Charlton Athletic defenders has seen the number of goals they’ve conceded amounting to 4 from their previous 6 fixtures overall. Over that same time, their own forwards have managed to score 10. We will have to find out if that trend can be continued on in this game.

Analysis of their past results shows that Charlton Athletic:

Looking at the statistics for their head to head duels going back to 10/05/2018, neither club has come out on top overall with Shrewsbury Town winning 2 of those games, Charlton Athletic 2 and 2 being drawn after 90 minutes of play.

12 goals were yielded between them in these games, with 5 of them for The Shrews and 7 being from The Addicks. The average goals per game has been 2.

The previous league encounter featuring the two was League One match day 36 on 13/03/2021 when it ended Charlton Athletic 1-1 Shrewsbury Town.

The Shrewsbury Town boss Steve Cotterill will be grateful not to have any fitness concerns to speak of ahead of this clash owing to a completely injury-free squad available for selection.

Owing to a completely injury-free group to pick from, the Charlton Athletic boss Johnnie Jackson has zero fitness concerns at all before this game.

We’re inclined to think that Charlton Athletic and Shrewsbury Town could both end up scoring in what appears to be a good match-up, with little separating these two teams.

Let’s see how this one goes, but it looks this could be a draw. That’s why our selection here is for a very close game with a score draw at the end of the match. 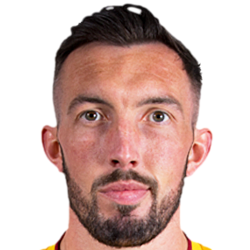 Regularly playing in the Striker position, Ryan Bowman was born in England. After having made a senior debut playing for Carlisle United in the 2009 - 2010 season, the skilful Forward has accumulated 4 league goals in the League One 2021 - 2022 campaign so far in 14 appearances.

We have made these Shrewsbury Town v Charlton Athletic predictions for this match preview with the best intentions, but no profits are guaranteed. Please always gamble responsibly, only with money that you can afford to lose. Best of luck.