View all of the Liverpool v Chelsea predictions, poll and stats below - along with the latest match odds.

Liverpool head into this fixture after a 0-0 Premier League drawn game versus Chelsea.

At least three goals per match have been seen in 5 of the last 6 meetings where Liverpool have participated. Opposing sides scored 10 times in these games whereas Liverpool bagged a total of 9. We will have to find out if that trend can be sustained in this game.

Going into this encounter, Liverpool are unbeaten in their previous 2 home league matches.

During their six most recent matches, Graham Potter's Chelsea have found the net 5 times - earning them the goals scored per game average of 0.83.

Their prior results show that Chelsea:

If we look at their past head to head duels dating back to 20/09/2020, there is nothing to separate the two clubs with Liverpool winning 1 of those games, Chelsea 1 and 4 being draws after 90 minutes of play.

9 goals were scored between them during those clashes, with 5 of them for The Reds and 4 belonging to The Blues. That’s an average goals per game figure of 1.5.

The previous league fixture featuring these clubs was Premier League match day 21 on 21/01/2023 and the score finished Liverpool 0-0 Chelsea.

On that day, Liverpool had 50% possession and 3 shots on goal with 1 on target.

On the other side, Chelsea got 6 shots at goal with 2 on target.

In our opinion, Chelsea will need to put in a solid display to breach the defence of this Liverpool team who we think should manage to get a goal of their own in a winning performance.

Therefore, we predict a good battle with a 1-0 victory for Liverpool at the end of the 90 minutes. 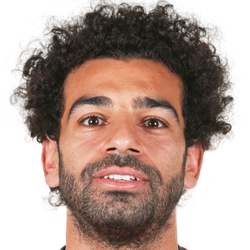 Mostly used in the Right Wing position, Mohamed Salah was born in Basyoun, Egypt. Having played his first senior match for FC Basel 1893 in the 2012 - 2013 season, the dangerous Forward has managed 7 league goals in this Premier League 2022 - 2023 season to date in 18 appearances.

While we have made these predictions for Liverpool v Chelsea for this match preview with the best of intentions, no profits are guaranteed. Always gamble responsibly, and with what you can afford to lose. Best of luck.