There is Champions League action scheduled for Tuesday when Chelsea play Sevilla.

To see all of our predictions, user poll & stats for Chelsea v Sevilla, scroll down - as well as the best betting odds.

Chelsea will play in this fixture following on from a 3-3 Premier League drawn match vs Southampton.

Fixtures involving Chelsea have usually been absorbing ones of late with plenty of scoring the rule rather than the exception. Over their past half dozen clashes, a grand total of 26 goals have flown in for both teams combined (at an average of 4.33 goals per game) with 17 of those coming from The Blues. That kind of pattern won’t necessarily be sustained into this game, however.

After a loss in their previous game against Granada in La Liga action, Sevilla will be aiming to make amends here.

The stats tell the story, and Sevilla have been scored against in 5 of their last 6 games, conceding 7 goals in total. Defensively, Sevillistas could really do with shoring things up.

We feel that Sevilla must be fancied to break down this Chelsea side, although it is unlikely to be as many as the goals that they could concede.

We think that it’s going to be a close game with a 2-1 winning score for Chelsea at the end of the 90 minutes. Should be a good one. 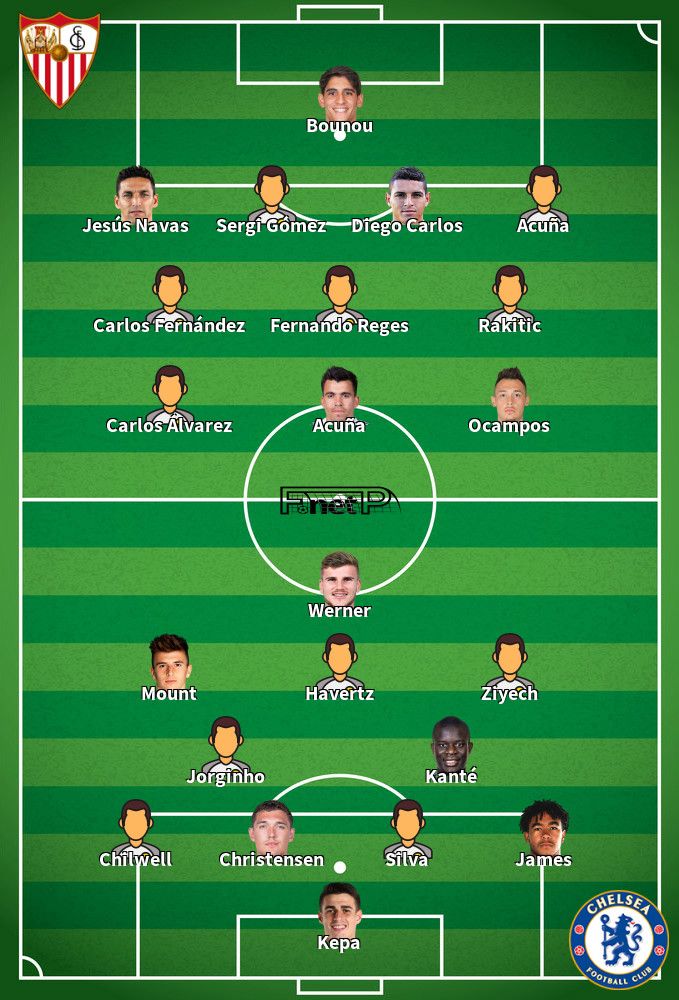 Mostly deployed in the Central Defensive Midfielder position, Jorginho was born in Imbituba, Brazil. Having made his senior debut playing for Hellas Verona in the 2011 - 2012 season, the talented Midfielder has struck 3 league goals in the Premier League 2020 - 2021 campaign to date in 3 appearances.

While we have made these predictions for Chelsea v Sevilla for this match preview with the best of intentions, no profits are guaranteed. Always gamble responsibly, and with what you can afford to lose.