Newport County will be hoping for a repeat of their last result, following the 4-0 League Two triumph vs Scunthorpe United.

For Newport County, the goalscorers were Mickey Demetriou (34', 85') and Lewis Collins (39'). George Taft (29' Own goal) scored for Scunthorpe United.

Their latest results really do illustrate the point that there has been much resilience in the Newport County backline. The Exiles have been stingy, seeing the tally of goals that have gone in at their end during their past 6 games standing at 2.

The only scorer from Cheltenham Town was Chris Hussey (56'). Joshua Kayode (33') was the scorer for Carlisle United.

For 6 of the past six games featuring Cheltenham Town, a notably low volume of goals have been hit between them and opposing sides. The overall average goals scored per game in that period works out to a mere 1.33, with the average goals for The Robins standing at 0.83. Even so, we must now wait to see whether the trend will be sustained here in this game or not.

Coming into this meeting, Cheltenham Town have not beaten Newport County when they have played them away from home in the previous 5 league games. Not good at all.

A review of their past head-to-head clashes dating back to 04/12/2018 shows us that Newport County have won 2 of these & Cheltenham Town 1, with the tally of drawn results standing at 3.

In all, 19 goals were scored between them throughout the course of those matches, with 11 of them for The Exiles and 8 for The Robins. That is an average goals per game value of 3.17.

The previous league clash between the two was League Two match day 23 on 19/01/2021 which finished with the scoreline of Cheltenham Town 1-1 Newport County.

Newport County manager Michael Flynn will be grateful to have no fitness worries to speak of ahead of this game thanks to a completely healthy group available to choose from.

Thanks to a completely healthy squad available for selection, Cheltenham Town manager Michael Duff doesn’t have any fitness worries whatsoever before this game.

We’re of the opinion that Newport County may not find it easy to find the net against this Cheltenham Town side who we reckon should score at least once to put them ahead.

We’re therefore anticipating a good battle with a 0-1 win for Cheltenham Town when the full-time whistle blows. 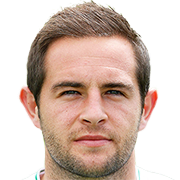 Typically deployed in the Centre Midfield position, Matt Dolan was born in Hartlepool, England. Having made his senior debut playing for Yeovil Town in the 2012 - 2013 season, the accomplished Midfielder has bagged 6 league goals in this League Two 2020 - 2021 season so far coming from a total of 36 appearances.

While we have made these predictions for Newport County v Cheltenham Town for this match preview with the best of intentions, no profits are guaranteed. Always gamble responsibly, and with what you can afford to lose. Good luck if you do place a bet today.