Ludogorets Razgrad will face off against away team Cherno More Varna at Huvepharma Arena in the First League tie on Saturday.

Scroll down for all of our predictions, poll and stats for the Ludogorets Razgrad v Cherno More Varna game - plus the latest betting odds.

Ludogorets Razgrad have been on a persistent run of goalscoring form, hitting the target every time they’ve gone out to play in their last 6 matches.

They’ve hit an aggregate of 16 during that time while also conceding a total of 3. We will have to find out if that trend will end up being sustained into this next match.

Taking a look at their past results, Ludogorets Razgrad:

Over the course of 5 of the previous 6 clashes involving Cherno More Varna, a relatively low number of goals have been hit between them and opposing sides. The overall average goals scored per game during that spell is a paltry 2, with the average goals for The Sailors standing at 1.17.

Leading up to this clash, Cherno More Varna:

Looking over past results between these clubs stretching back to 18/08/2019 reveals that these encounters have not been happy ones for Cherno More Varna. They’ve not managed to come away with any wins whatsoever while Ludogorets Razgrad have maintained the edge over them, beating them in 83% of those matches played.

A combined total of 16 goals were yielded between them in these games, with 12 for The Eagles and 4 belonging to The Sailors. This gives an average number of goals per game equal to 2.67.

On that occasion, Cherno More Varna had 47% possession and 6 shots at goal with 4 of them on target. Their only player to score was Julius Kasparavičius (91').

The match was refereed by Georgi Kabakov.

Nearly everyone is up for selection, with just the lone fitness concern for the Ludogorets Razgrad manager Ante Šimundža to be concerned with thanks to an otherwise robust set of players. Shaquille Pinas (Shoulder Injury) won’t play.

From a largely available squad, there is only the sole fitness problem for the Cherno More Varna boss Ilian Iliev to contend with. Vasil Panayotov (Fractured Arm) won’t be playing here.

We’re of the opinion that Ludogorets Razgrad certainly have the ability to get amongst the goals when they line up against Cherno More Varna, who could well struggle finding the net themselves.

We’re tipping a comfortable 2-0 victory for Ludogorets Razgrad at the conclusion of the game. 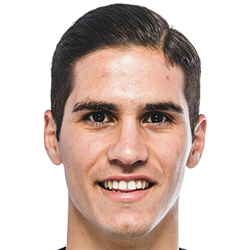 Usually taking to the field in the Striker position, Pieros Sotiriou was born in Nicosia, Cyprus. After having made a senior debut playing for Olympiakos Nicosia in the 2010 - 2011 season, the gifted Forward has bagged 16 league goals in the First League 2021 - 2022 season so far in a total of 23 appearances.

We have made these Ludogorets Razgrad v Cherno More Varna predictions for this match preview with the best intentions, but no profits are guaranteed. Please always gamble responsibly, only with money that you can afford to lose. Good luck if you do place a bet today.