Our Chicago Fire v Columbus Crew tips, poll and stats can be seen in full below (inc. the best betting odds).

Chicago Fire will be looking to improve on their last outing here following the 1-2 MLS loss in their previous game against New Eng. Revolution.

Over their prior 6 fixtures, Raphaël Wicky's Chicago Fire have scored a total of 5 times resulting in an average number of goals scored per match equal to 0.83.

Columbus Crew head into the meeting following a 3-0 MLS win to defeat FC Cincinatti in their most recent fixture.

The trend of at least one team not managing to score in games involving Columbus Crew has become evident recently. Looking at their last 6 games shows that this has occurred 5 times. In these clashes, their opponents have managed a goal total of 2 and The Crew have scored 8. That sort of trend isn’t assured to follow through into this match, though.

Looking at their past head to head meetings stretching back to 08/04/2018 tells us that Chicago Fire have won 1 of these games & Columbus Crew 2, with the tally of drawn games standing at 3.

A combined sum of 15 goals were scored between them in these games, with 5 of them from Men in Red and 10 netted by The Crew. The average number of goals per game works out to 2.5.

The last league meeting featuring these clubs was MLS match day 4 on 20/08/2020 when the final score was Columbus Crew 3-0 Chicago Fire.

On the other side, Chicago Fire got 11 attempts on goal with 3 on target.

The referee was Guido Gonzalez.

Chicago Fire manager Raphaël Wicky does not have any fitness concerns whatsoever before this game thanks to a fully healthy squad available for selection.

Due to a completely injury-free group available to choose from, Columbus Crew boss Caleb Porter has no fitness concerns to report coming into this clash.

In our view, Columbus Crew and Chicago Fire may both find scoring difficult here.

A draw is a real possibility, as a clear-cut winner doesn’t appear to be obvious. Our tip is therefore for a tight encounter with a 0-0 draw at the end of the 90.

Over/Under 2.5 Goals Prediction for Chicago Fire vs Columbus Crew
Under 2.5 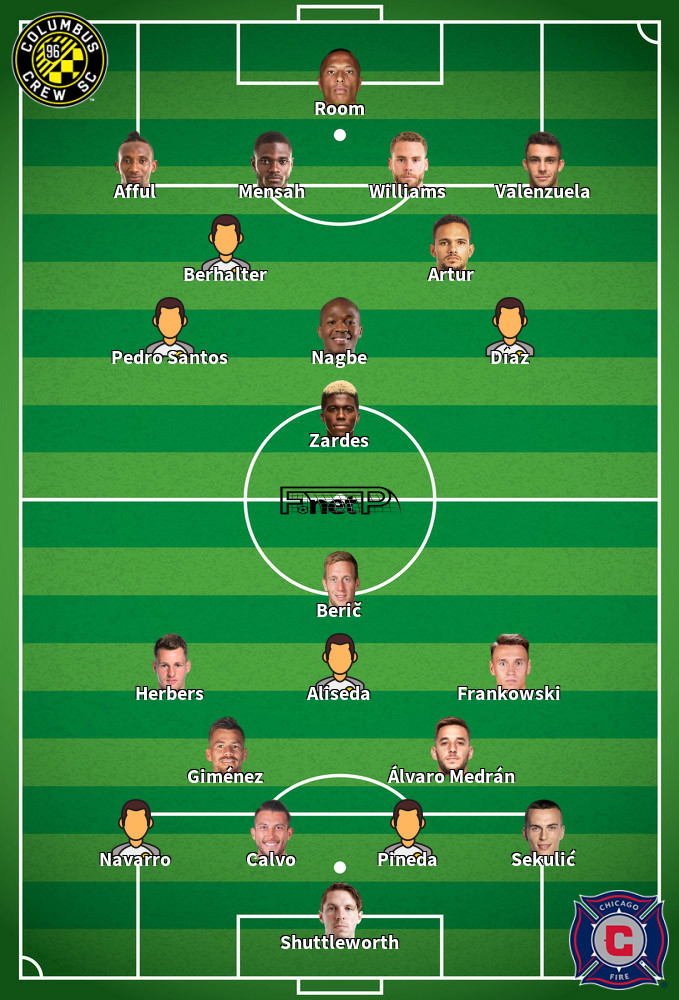