Return to this page a few days before the scheduled game when this expired prediction will be updated with our full preview and tips for the next match between these teams.
Full-Time Result Prediction
👉
Chicago Fire to Win

Our predictions, user poll and statistics for Chicago Fire v D.C. United can be found here - as well as up-to-date odds.

Chicago Fire will be hoping for a better result following a 3-2 MLS loss in their previous game against Toronto FC.

Matches involving Chicago Fire have tended to be exciting ones of late with a lot of goalmouth action being a common characteristic. Over their past half dozen clashes alone, a grand total of 23 goals have flown in for both sides combined (at an average of 3.83 goals per game) with 8 of those coming from Chicago Fire.

Since being defeated in their last game at the hands of New York Red Bulls in MLS competition, D.C. United and their travelling supporters will be hoping that they can get a better result in this one.

The numbers tell their own story, and D.C. United have been scored against in 5 of their last 6 matches, conceding 13 goals in all. Defensively, D.C. United can certainly do much better. Nevertheless, time will tell whether such a trend will continue on in this next game or not.

Looking at the statistics for their head to head meetings stretching back to 28/07/2019, both clubs have shared the honours with Chicago Fire winning 2 of those games, D.C. United 2 and 2 being draws in regulation time.

In all, 13 goals were yielded between them throughout the course of those matches, with 6 of them for Men in Red and 7 belonging to Black-and-Red. The average goals per game has been 2.17.

Chicago Fire had 13 attempts on goal with 7 on target. Stanislav Ivanov (32') and Jonathan Bornstein (81') scored.

In an otherwise healthy squad, there’s only the one fitness problem for the D.C. United boss Chad Ashton to be concerned about. Andy Nájar (Hamstring Injury) won’t be in action.

In our view, D.C. United could find themselves up against it to see themselves scoring against this Chicago Fire team who we reckon should end up scoring and possibly keep a clean sheet as well.

We’re going for a good tussle with a 1-0 winning margin for Chicago Fire at the conclusion of the game. 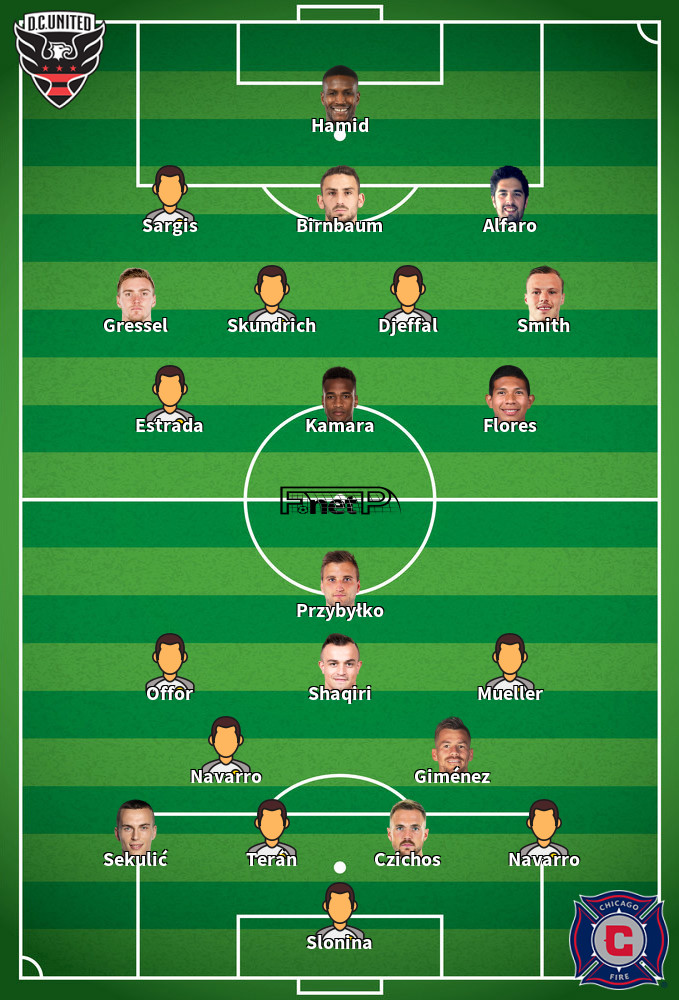 While we have made these predictions for Chicago Fire v D.C. United for this match preview with the best of intentions, no profits are guaranteed. Always gamble responsibly, and with what you can afford to lose. Best of luck with your selections.