Return to this page a few days before the scheduled game when this expired prediction will be updated with our full preview and tips for the next match between these teams.
Full-Time Result Prediction
👉
Chicago Fire to Win

Fans of both teams await the MLS action on Sunday when Chicago Fire will play FC Cincinatti.

Our full set of predictions, statistics and match poll for Chicago Fire v FC Cincinatti can be seen below (including the best match odds).

Chicago Fire will be hoping for a better result after a 4-1 MLS losing effort in their last game against Atlanta United.

Chicago Fire haven’t made the most of their chances in more recent games. Their goals record stands at just 4 versus opponents during their last six fixtures. In those meetings, Chicago Fire have also seen the number of goals that have gone against them total 12.

Following on from being defeated in their last game at the hands of New Eng. Revolution in Open Cup competition, FC Cincinatti and their travelling supporters will be hoping that they can get a better result in this one.

A succession of very capable showings from the FC Cincinatti defensive players has seen their ‘goals against’ tally amounting to 3 from their last 6 clashes overall. During the same period of time, their forwards have scored 8. We will have to see whether or not that trend will end up being continued on in this game.

If we look at their past head to head meetings going back to 14/07/2019, there is nothing to separate the two clubs with Chicago Fire winning 2 of those games, FC Cincinatti 2 and 2 being drawn in normal time.

A sum of 14 goals were shared by the two clubs during those clashes, with 8 from Men in Red and 6 for Cincinatti. That’s an average goals per game of 2.33.

The previous league meeting featuring these clubs was MLS match day 40 on 20/10/2021 when the final score was FC Cincinatti 3-4 Chicago Fire.

The Chicago Fire boss Ezra Hendrickson will be thankful to have no fitness worries to speak of coming into this game thanks to a fully injury-free group ready to go.

Due to a fully injury-free group to choose from, the FC Cincinatti manager Pat Noonan has zero fitness worries whatsoever ahead of this game.

We’re of the opinion that FC Cincinatti have it within them to score a goal against this Chicago Fire outfit, however that is unlikely to be as many as they will have scored against them.

We’re going for a close game with a 2-1 winning margin for Chicago Fire at the end of this one. Let’s see what happens here. 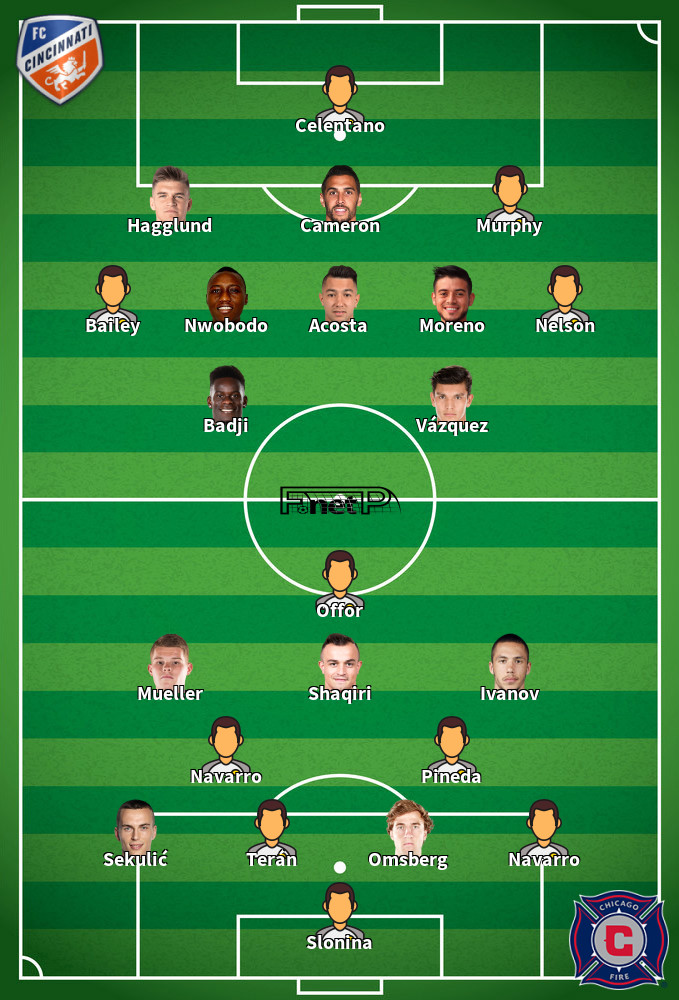 We have made these Chicago Fire v FC Cincinatti predictions for this match preview with the best intentions, but no profits are guaranteed. Please always gamble responsibly, only with money that you can afford to lose. Good luck!