Cosenza journey to Stadio Piercesare Tombolato on Sunday for the Serie B showdown with home team Cittadella.

Cittadella will be hoping to return to winning ways here following the 3-1 Serie B loss in their previous game against Parma.

Cittadella haven’t exactly had impressive attacking statistics in more recent games. Their goals record stands at just 3 against opposing sides over their last 6 outings. In those games, Cittadella have also seen the tally of goals scored against them come to 7.

Cosenza go into this meeting following a 3-2 Serie B win versus Palermo in their previous outing.

In that game, Cosenza managed 43% possession and 11 shots on goal with 5 on target. For Cosenza, goals were scored by Aldo Florenzi (45'), Michele Rigione (56') and Joaquin Larrivey (63'). For their opponents, Palermo had 17 attempts on goal with 8 of them on target. Matteo Brunori (41', 59') was the scorer for Palermo.

Looking at their past form shows that Cosenza:

A look at their most recent head-to-head clashes dating back to 18/10/2019 tells us that Cittadella have won 1 of these games and Cosenza 2, with the tally of draws being 3.

An aggregate of 14 goals were yielded between them during those clashes, with 6 from Granata and 8 netted by Bruzi. That’s an average goals per game of 2.33.

The last league fixture between these clubs was Serie B match day 38 on 06/05/2022 which finished with the scoreline of Cosenza 1-0 Cittadella.

On that day, Cosenza had 40% possession and 11 attempts on goal with 4 of them on target. Their only player on the scoresheet was Massimo Zilli (65').

On the other side, Cittadella had 8 attempts on goal with 2 on target.

There’s just the sole fitness concern for the Cittadella manager Edoardo Gorini to be concerned about thanks to an otherwise robust squad. Enrico Baldini (Cruciate Ligament Injury) misses out.

With a fully healthy squad to choose from, the Cosenza manager Davide Dionigi doesn’t have any fitness concerns at all coming into this clash. Andrea Vallocchia is ineligible for this match because of suspension.

Our assessment is that Cittadella should really create the chances to score more than once when they come up against Cosenza, who might well find it a difficult task getting on the scoresheet.

Therefore, we are anticipating a 2-0 margin for Cittadella by the time that the referee blows the final whistle. 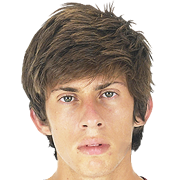 Mostly taking up the Right Wing position, Mirko Antonucci was born in Rome, Italy. Having made his senior debut playing for Roma in the 2017 - 2018 season, the skilful Forward has contributed 3 league goals in the Serie B 2022 - 2023 season to date in 13 appearances.

We have made these Cittadella v Cosenza predictions for this match preview with the best intentions, but no profits are guaranteed. Please always gamble responsibly, only with money that you can afford to lose. Good luck with your selections.