Their next big Serie B - Play-offs match will see Monza facing opposition in the form of Cittadella on Thursday.

For all of our match predictions, pre-game poll and statistics for Monza v Cittadella, scroll down - along with the latest match odds.

Monza won’t want a repeat of their last result here after the 3-0 Serie B - Play-offs loss in their previous game against Cittadella.

Cristian Brocchi's Monza have managed to score a sum total of 9 times in their preceding six outings. The corresponding number of goals that they have conceded in those same fixtures stands at 7.

A succession of very capable performances from the Cittadella defence has resulted in their ‘goals against’ tally amounting to 4 from their past 6 outings combined. During the same period of time, their forwards have scored 9.

Looking at personnel, there is just one fitness concern for the Monza gaffer Cristian Brocchi to contend with from an otherwise fully-primed squad. Eugenio Lamanna (Cruciate Ligament Injury) won’t play.

In an otherwise healthy group, there is just the lone fitness worry for the Cittadella manager Roberto Venturato to be concerned about. Tommaso Cassandro (Unknown Injury) won’t be in action.

In our view, Cittadella are dangerous enough to score a goal against this Monza lineup, however that probably won’t be enough to avoid defeat.

We think that it’s going to be a narrow 2-1 advantage for Monza at the end of the match. Let’s wait and see how it plays out. 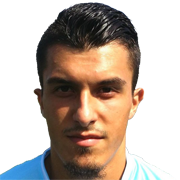 Usually played in the Right Wing position, Dany Mota was born in Niederkorn, Luxembourg. After having made a senior debut playing for Entella in the 2015 - 2016 season, the dangerous Forward has scored a sum of 6 league goals in the Serie B 2020 - 2021 season so far from a total of 33 appearances.

We have made these Monza v Cittadella predictions for this match preview with the best intentions, but no profits are guaranteed. Please always gamble responsibly, only with money that you can afford to lose. We wish you the best of luck.