Return to this page a few days before the scheduled game when this expired prediction will be updated with our full preview and tips for the next match between these teams.
Full-Time Result Prediction
👉
Perugia to Win

Cittadella arrive at Stadio Renato Curi on Saturday for the Serie B showdown with home side Perugia.

All Perugia v Cittadella match predictions, user poll and stats are shown below including the latest game odds.

Perugia fans will want a repeat of their previous result, being the 2-0 Serie B success against Crotone.

Massimiliano Alvini's Perugia have seen rewards for their attempts on goal 6 times over their preceding six outings. The comparative tally of goals that they have conceded in those same fixtures is 7.

Heading into this fixture, Perugia haven't beaten Cittadella in their last 7 league games.

Previously, Cittadella drew 1-1 in the Serie B tie with Ternana.

For 5 of the previous 6 games featuring Cittadella, a comparatively low number of goals have been struck between them and their opponents. The overall average number of goals per game in that spell comes to just 1.5, with the number of goals averaged by Granata equalling 0.83. Such a trend might not be sustained into this next game, however.

Taking a look at their past results, Cittadella:

A look at their most recent head to head meetings stretching back to 11/09/2017 tells us that Perugia have won 0 of them & Cittadella 3, with the tally of drawn matches standing at 3.

14 goals were shared by the two clubs in this period, with 4 of them for Perugia and 10 for Granata. That’s an average goals per game figure of 2.33.

In that match, Cittadella managed 40% possession and 11 shots on goal with 2 of them on target. Their only player on the scoresheet was Davide Diaw (40', 56').

Perugia got 11 shots on goal with 3 on target.

The referee was Lorenzo Illuzzi.

The Perugia boss Massimiliano Alvini has zero fitness worries at all coming into this match thanks to a fully injury-free squad available for selection.

Owing to a completely injury-free squad available to select from, the Cittadella boss Edoardo Gorini has no fitness concerns to report before this match.

We’re inclined to think that Cittadella will really need to work well to breach the defence of this Perugia team who we think should manage to score & go ahead.

That’s why our selection here is for a highly competitive game with a 1-0 advantage for Perugia at the end of the 90. 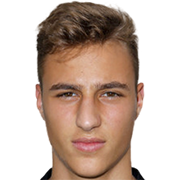 Typically used in the Striker position, Manuel De Luca was born in Bolzano, Italy. Having made his senior debut playing for Entella in the 2019 - 2020 season, the talented Forward has accumulated 4 league goals in the Serie B 2021 - 2022 campaign so far coming from a total of 9 appearances.

We have made these Perugia v Cittadella predictions for this match preview with the best intentions, but no profits are guaranteed. Please always gamble responsibly, only with money that you can afford to lose. Best of luck with your selections.