The Serie B clash at Stadio Pier Luigi Penzo on Saturday will see home team Venezia fighting it out with opponents Cittadella.

Our predictions, user poll and statistics for Venezia v Cittadella can be found here (plus the best game odds).

Venezia will be looking for a repeat result of a 1-0 Serie B victory against Cittadella.

It’s been a rare occasion in recent times where Venezia have kept a clean sheet. In fact, Venezia have been scored against in 5 of their previous 6 matches, shipping 8 goals during that time. Such a trend isn’t assured to be carried forward into this next game, of course.

Looking at their past form shows that Venezia:

The numbers tell their own story, and Cittadella have been scored against in 5 of their last 6 games, with opponents netting 9 goals overall. Defensively, Cittadella just haven’t been too solid at all.

An examination of their most recent head to head clashes going back to 27/07/2020 tells us that Venezia have won 2 of them and Cittadella 1, with the number of drawn games standing at 3.

A total of 9 goals were scored between them in this period, with 5 of them for Arancioneroverdi and 4 netted by Granata. That’s an average goals per game figure of 1.5.

The previous league game featuring these sides was Serie B match day 3 on 28/08/2022 when it finished Cittadella 1-1 Venezia.

That day, Cittadella managed 43% possession and 16 attempts on goal with 3 of them on target. Their only player to score was Mirko Antonucci (70').

Venezia got 9 attempts at goal with 2 of them on target. Mickaël Cuisance (85') was the scorer.

Nearly everyone is up for selection, with just a single fitness concern for the Venezia boss Paolo Vanoli to contend with thanks to an almost full-strength squad. Denis Cheryshev (Biceps femoris muscle injury) will miss out.

Cittadella boss Edoardo Gorini has a number of players out of action. Enrico Baldini (Cruciate Ligament Injury), Andrea Danzi (Strain) and Andrea Magrassi (Unknown Injury) won’t be making appearances. The suspended players who are serving a ban for this game are Simone Branca, Alessandro Salvi and Valerio Mastrantonio.

We’re envisaging that Cittadella will need to apply a lot of pressure to get anything against this Venezia outfit who will likely get the win and a maybe even keep a clean sheet as well.

We’re therefore expecting a highly competitive game with a 1-0 advantage for Venezia at the conclusion of the game. 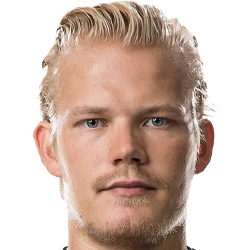 Typically used in the Striker position, Joel Pohjanpalo was born in Helsinki, Finland. Having played his first senior match for HJK in the 2011 season, the talented Forward has scored 7 league goals in the Serie B 2022 - 2023 season to date from a total of 20 appearances.

We have made these Venezia v Cittadella predictions for this match preview with the best intentions, but no profits are guaranteed. Please always gamble responsibly, only with money that you can afford to lose. Best of luck with your selections.