The Ligue 2 tie at Stade des Alpes on Monday sees home side Grenoble take to the field against Clermont Foot.

Scroll down for all of our predictions, poll and stats for the Grenoble v Clermont Foot game - as well as up-to-date odds.

Grenoble will be looking to improve on their last outing here after the 3-1 Ligue 2 losing effort in their last game against ESTAC.

In that game, Grenoble had 50% possession and 7 shots on goal with 3 of them on target. The only player on the scoresheet for Grenoble was Anthony Belmonte (7'). On the other side, ESTAC got 11 shots at goal with 5 on target. Yoann Touzghar (10', 24') and Florian Tardieu (72') scored for ESTAC.

It’s been all too rare in recent games that Grenoble have shown defensive steel. The facts show that GF 38 have failed to prevent opponents from scoring in 5 of their previous 6 matches, giving up 9 goals on the way.

Looking at the pre-match facts, Grenoble:

Clermont Foot come into this encounter following a 2-1 Ligue 2 win versus Châteauroux in their previous fixture.

In that game, Clermont Foot managed 40% possession and 12 shots on goal with 6 on target. The only player on the scoresheet for Clermont Foot was Jason Berthomier (6', 80'). For their opponents, Châteauroux had 10 shots at goal with 5 on target. Romain Grange (72') scored for Châteauroux.

A sequence of reliable performances from the Clermont Foot defensive players has seen the number of goals they’ve conceded amounting to 4 from their last 6 outings overall. During the same period of time, their own attack force has managed to score 8. Nonetheless, time will tell whether such a trend shall be maintained in this game or not.

If we look at their past head to head duels going back to 20/05/2011, neither club has come out on top overall with Grenoble winning 1 of those games, Clermont Foot 1 and 4 being draws in regulation time.

An aggregate of 14 goals were scored between them throughout the course of those matches, with 6 from GF 38 and 8 for Clermont. This gives an average number of goals per game equal to 2.33.

Grenoble boss Philippe Hinschberger has no fitness concerns to speak of ahead of this game owing to a completely healthy group to choose from.

Due to a mostly full-strength group, there’s only the one fitness problem for the Clermont Foot boss Pascal Gastien to contend with. Yohann Magnin (Cruciate Ligament Rupture) won’t be in action.

We feel that Grenoble will have a tough ask to be putting a goal past this Clermont Foot side who we think should manage to get a goal of their own in a winning performance.

That’s why our selection here is for a very competitive encounter with a 0-1 victory for Clermont Foot when all is said and done. 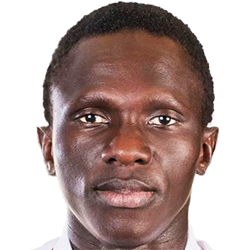 Typically deployed in the Striker position, Moussa Djitté was born in Diattouma, Senegal. Having played his first senior match for FC Sion in the 2018 - 2019 season, the talented Forward has accumulated 8 league goals in the Ligue 2 2020 - 2021 season so far in 33 appearances.

While we have made these predictions for Grenoble v Clermont Foot for this match preview with the best of intentions, no profits are guaranteed. Always gamble responsibly, and with what you can afford to lose. Good luck!