Clermont Foot line up against visiting club Lille at Stade Gabriel-Montpied in the Ligue 1 match on Saturday.

Our full set of predictions, statistics and match poll for Clermont Foot v Lille can be seen below - along with the latest match odds.

Clermont Foot head into this match after a 1-1 Ligue 1 tied result versus FC Lorient.

Fixtures featuring Clermont Foot have often been absorbing ones of late with high scoring being a real hallmark. Over their past six clashes, the sum of 22 goals have been recorded for both teams combined (at an average of 3.67 goals per game) with 5 of them coming from Clermont Foot. It will be interesting to find out whether or not that trend will be continued on in this game.

Ahead of this meeting, Clermont Foot haven’t won at home in the past 3 league games.

Lille will go into this clash following on from a 2-0 Ligue 1 win with the defeat of Marseille in their most recent game.

Jocelyn Gourvennec's Lille have found the back of the net a total of 7 times throughout their latest six matches. The total of goals that they have conceded during that period equals 5.

The Clermont Foot manager Pascal Gastien does not have any fitness worries at all before this game thanks to a completely injury-free squad available to choose from.

Due to a fully injury-free group available for selection, the Lille boss Jocelyn Gourvennec has zero fitness worries whatsoever before this match.

We’re of the view that Clermont Foot will have to perform well to break down this Lille lineup who we reckon will emerge victorious.

That’s why our selection here is for a good battle with a 0-1 victory for Lille at the end of the 90. 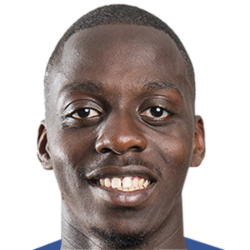 Mostly deployed in the Striker position, Mohamed Bayo was born in France. Having played his first senior match for Clermont Foot in the 2018 - 2019 season, the dangerous Forward has managed 5 league goals in this Ligue 1 2021 - 2022 campaign so far in a total of 8 appearances.

We have made these Clermont Foot v Lille predictions for this match preview with the best intentions, but no profits are guaranteed. Please always gamble responsibly, only with money that you can afford to lose. Best of luck.