Return to this page a few days before the scheduled game when this expired prediction will be updated with our full preview and tips for the next match between these teams.
Full-Time Result Prediction
👉
PSG to Win
Both Teams to Score Prediction
👉
Yes

It’s been seldom in recent games where Clermont Foot have managed to hold out for a full 90 minutes. The facts show that Clermont Foot have failed to prevent opponents from scoring in 5 of their previous 6 matches, letting in 8 goals in the process. Let’s find out whether or not that trend can be continued on in this game.

Proving their bias toward high-scoring encounters, we’ve seen goals 25 times in the last six games in which Paris Saint-Germain have sent out their troops, giving a mean average of 4.17 goals for each clash. Opposing teams have got 6 of those goals.

In that game, Clermont Foot managed 36% possession and 10 shots at goal with 4 of them on target. Their only player on the scoresheet was Jodel Dossou (42').

We’re of the view that Clermont Foot have it within them to score against this Paris Saint-Germain outfit, although just one goal probably won’t quite prevent defeat.

We can see a 1-2 winning score for Paris Saint-Germain at the end of this one. Let’s see what eventuates. 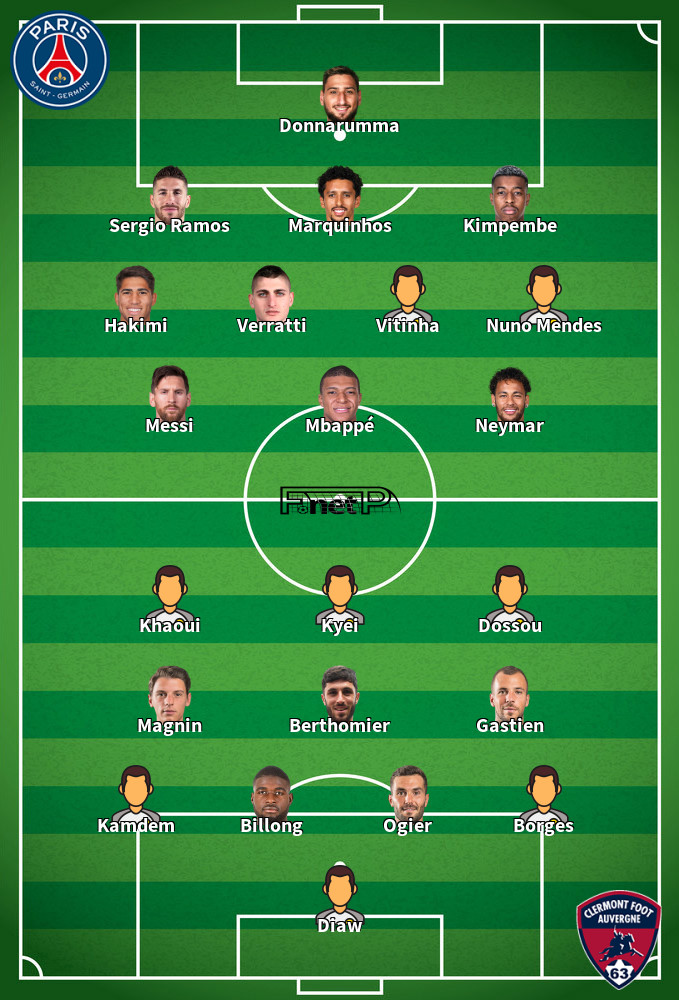 We have made these Clermont Foot v Paris Saint-Germain predictions for this match preview with the best intentions, but no profits are guaranteed. Please always gamble responsibly, only with money that you can afford to lose. Good luck!