All León v Club América match predictions, user poll and stats are shown below - as well as the best betting odds.

León will want to continue from where they left off last time out with a 2-1 Liga MX (Apertura) success versus Mazatlán.

In that game, León managed 72% possession and 14 shots at goal with 6 on target. For León, the goalscorers were Jean Meneses (83') and Ángel Mena (96'). On the other side, Mazatlán got 5 shots on goal with 2 of them on target. Miguel Sansores (52') was the scorer for Mazatlán.

Their most recent results show that it has been a great time for the León defence. Los Esmeraldas have been miserly, resulting in the tally of goals that have gone past their goalkeeper over the course of their last six games standing at 4. That kind of pattern isn’t assured to follow through into this next game, though.

In the game prior to this, Club América drew 2-2 in the Liga MX (Apertura) match with Universidad Nacional.

In that match, Club América managed 61% possession and 24 attempts on goal with 9 of them on target. For Club América, the goalscorers were Nicolás Benedetti (39') and Federico Viñas (81'). At the other end, Universidad Nacional got 11 attempts at goal with 5 of them on target. Juan Pablo Vigón (28') and Juan Iturbe (55') scored for Universidad Nacional.

Throughout their six previous matches, Miguel Herrera's Club América have turned their attacks into goals a total of 10 times, earning them a goals per game average of 1.67.

Checking on their past head-to-head clashes going back to 11/03/2018 shows that León have won 3 of these games & Club América 2, with the number of drawn games standing at 1.

A total of 9 goals were scored between the two sides in this period, with 6 for Los Esmeraldas and 3 being from Las Águilas. That is an average goals per game value of 1.5.

León manager Ignacio Ambriz will be happy not to have any fitness worries to speak of coming into this clash with a completely healthy squad to choose from.

With a fully healthy squad ready to go, Club América manager Miguel Herrera doesn’t have any fitness concerns at all ahead of this match.

We feel that in this game, Club América are likely to get a goal against this León side, however that might not be as many as they will have scored against them.

Our tip is for a 2-1 advantage for León by the conclusion of the game. It should be a decent one.

Both Teams to Score Prediction for León vs Club América
Yes 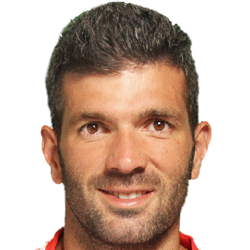 Mostly taking to the field in the Striker position, Emmanuel Gigliotti was born in Buenos Aires, Argentina. After having played his first senior match for Atlético Tucumán in the 2009 - 2010 season, the talented Forward has struck 3 league goals in this Liga MX (Clausura) 2019 - 2020 campaign to date coming from a total of 7 appearances.

While we have made these predictions for León v Club América for this match preview with the best of intentions, no profits are guaranteed. Always gamble responsibly, and with what you can afford to lose.

⚽️ Where can I get the odds for other Liga MX (Apertura) games?

You can see all of our upcoming (and previous) Liga MX (Apertura) predictions & previews here.