Mazatlán will be at Estadio Azteca on Sunday for the Liga MX (Apertura) clash with home side Club América.

Our Club América v Mazatlán predictions, statistics and match poll can be seen below - plus the latest match odds.

The only player to score from Club América was Emanuel Aguilera (10'). Víctor Dávila (26') scored for León.

Club América have been on a persistent run of goalscoring form, netting in one hundred percent of their last 6 matches.

They have claimed a sum of 10 during that time while also conceding a total of 3. Nevertheless, time will tell whether the trend will be replicated in this game or not.

In their last fixture, Mazatlán drew 2-2 in the Liga MX (Apertura) match with Atlético San Luis.

In that match, Mazatlán managed 51% possession and 4 shots at goal with 3 of them on target. The only player on the scoresheet for Mazatlán was Augusto (45', 89'). At the other end, Atlético San Luis had 11 shots on goal with 7 on target. Germán Berterame (39') and Andrés Vombergar (96') scored for Atlético San Luis.

The stats don’t lie, and Mazatlán have been scored against in 6 of their last 6 games, letting opponents get 12 goals overall. In defence, Mazatlán have not been doing too well.

Going into this one, Mazatlán are without a win away from home in their last 2 league matches.

That time, Mazatlán managed 50% possession and 11 shots on goal with 3 of them on target. The scorer was José Ortiz (71' Own goal).

Club América got 16 shots on goal with 2 on target.

The Club América boss Santiago Solari will be grateful to have no fitness worries at all coming into this match owing to a fully healthy group to pick from.

With a fully healthy group to choose from, the Mazatlán manager Beñat San José does not have any fitness concerns to speak of coming into this clash.

Our feeling is that Club América will most probably dominate possession and create several successful chances.

Conversely, Mazatlán could well struggle to get a goal of their own although we do think it’s probable that they will be scoring here.

We reckon that it will be a comfortable 3-1 margin for Club América at the end of the match. 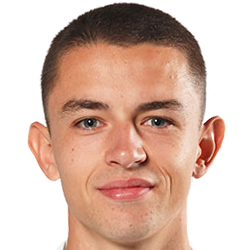 Generally taking to the field in the Centre Midfield position, Álvaro Fidalgo was born in Oviedo, Spain. After making a first senior appearance for Castellón in the 2020 - 2021 season, the gifted Midfielder has bagged 2 league goals in the Liga MX (Apertura) 2021 - 2022 campaign so far in a total of 7 appearances.

We have made these Club América v Mazatlán predictions for this match preview with the best intentions, but no profits are guaranteed. Please always gamble responsibly, only with money that you can afford to lose. Good luck with your selections.