All Club América v Necaxa game predictions, stats and user poll are shown below - plus the latest match odds.

Club América fans will want a repeat of their previous result, being a 0-1 Liga MX (Clausura) triumph over Mazatlán.

In that match, Club América managed 50% possession and 16 attempts on goal with 2 of them on target. Mazatlán had 11 shots at goal with 3 on target. José Ortiz (71' Own goal) scored for Mazatlán.

A common theme in more recent Club América games is the number of results with a nil in them.

Taking their prior six clashes before this one, in as many as 5 of them a wager on both teams scoring would've been a loser. That kind of trend might not be carried forward into this match, however.

Necaxa go into this game after a 1-0 Liga MX (Clausura) win with the eclipse of FC Juárez in their previous fixture.

The stats don’t lie, and Necaxa have been scored against in 5 of their last 6 games, letting opponents get 10 goals overall. At the back, Lightning Bolts certainly have room for improvement.

Their prior results show that Necaxa:

Checking on their most recent head to head meetings going back to 08/04/2018 shows that Club América have won 0 of these games & Necaxa 3, with the tally of drawn games being 3.

A total of 18 goals were shared by the two clubs in these games, with 6 of them for Las Águilas and 12 coming from Lightning Bolts. That’s an average goals per game of 3.

The previous league contest between these clubs was Liga MX (Apertura) match day 3 on 08/08/2020 which finished with the scoreline of Necaxa 1-1 Club América.

On that occasion, Necaxa managed 57% possession and 15 shots on goal with 5 on target. Their only player on the scoresheet was Lucas Passerini (51').

Club América got 8 attempts at goal with 2 on target. Federico Viñas (6') scored.

Club América boss Santiago Solari has zero fitness concerns whatsoever coming into this match with a completely injury-free group to pick from.

Thanks to a mainly available group of players, there’s only a single fitness worry for the Necaxa manager José Guadalupe Cruz to contend with. Luis Malagón (sprain) won’t be in action.

It looks to us that Club América can and should see a lot of the ball and convert quite a few goal-scoring opportunities.

At the other end, Necaxa may well struggle to score a goal of their own although we do think that they will probably end up hitting back at some stage, too.

We therefore think that it’s going to be a decent 3-1 victory for Club América by the time that the referee blows the final whistle. 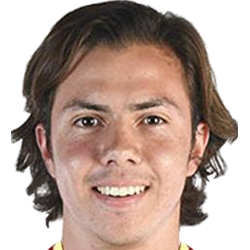 Usually used in the Central Attacking Midfielder position, Sebastián Córdova was born in Aguascalientes, Mexico. Having made a first senior appearance for Necaxa in the 2018 - 2019 season, the dangerous Midfielder has accumulated 2 league goals in this Liga MX (Clausura) 2020 - 2021 season to date in a total of 10 appearances.

While we have made these predictions for Club América v Necaxa for this match preview with the best of intentions, no profits are guaranteed. Always gamble responsibly, and with what you can afford to lose. Good luck!