Querétaro FC will be taking on visiting side Club América at Estadio Corregidora in the Liga MX (Apertura) fixture on Friday.

All Querétaro FC v Club América game predictions, stats and user poll are shown below (plus the best game odds).

Querétaro FC will be hoping for a better result after the 5-0 Primera (Clausura) Liguilla loss in their previous game against Santos Laguna.

A common feature of recent Querétaro FC games is the high number of scores with a nil in them.

From their prior sextet of matches before this one, in as many as 5 of them a bet on BTTS would've lost.

Club América come into this encounter following a 4-2 Primera (Clausura) Liguilla win with the eclipse of Pachuca in their most recent outing.

Showing their involvement in productive matches, the back of the net has been hit 21 times in the previous 6 games in which Club América have sent out their troops, making it an average of 3.5 goals per meeting. Opposition teams have managed 10 of this grand total. That pattern won’t necessarily be continued into this next game, however.

An examination of their most recent head to head clashes dating back to 19/08/2018 shows that Querétaro FC have won 1 of these games & Club América 3, with the number of drawn results standing at 2.

A combined total of 19 goals were yielded between them in these games, with 9 from Gallos Blancos and 10 created by Las Águilas. The average number of goals per game works out to 3.17.

The previous league clash between the two was Liga MX (Clausura) match day 6 on 14/02/2021 when it finished Club América 2-1 Querétaro FC.

That time, Club América managed 73% possession and 25 shots at goal with 10 of them on target. The goals were scored by Santiago Naveda (26') and Henry Martín (84').

For their opponents, Querétaro FC had 8 shots at goal with 2 on target. Ángel Sepúlveda (45') scored.

The referee was Adonai Escobedo.

Querétaro FC boss Héctor Altamirano has no fitness concerns whatsoever ahead of this game owing to a completely healthy group to pick from.

Owing to a completely healthy group available to choose from, Club América boss Santiago Solari has no fitness concerns whatsoever ahead of this match.

Our assessment here is that Querétaro FC may not find it easy to see themselves scoring against this Club América side who we think might get the vital goal that wins it.

We’re therefore expecting a highly competitive game with a 0-1 advantage for Club América at the end of the 90 minutes. 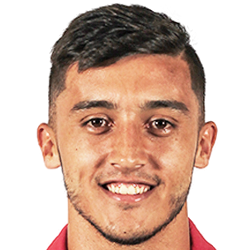 Customarily played in the Left Wing position, Kevin Ramírez was born in San Isidro, Uruguay. After making a first senior appearance for Tigre in the 2018 - 2019 season, the accomplished Forward has bagged 2 league goals in this Liga MX (Clausura) 2020 - 2021 season to date from a total of 16 appearances.

While we have made these predictions for Querétaro FC v Club América for this match preview with the best of intentions, no profits are guaranteed. Always gamble responsibly, and with what you can afford to lose. Good luck with your selections.