Our Universidad Nacional v Club América predictions, statistics and match poll can be seen below - as well as up-to-date odds.

Universidad Nacional go into this fixture coming off the back of a 0-0 Liga MX (Clausura) tied result against Puebla.

In that match, Universidad Nacional managed 39% possession and 16 shots at goal with 7 of them on target. Puebla got 14 attempts on goal with 2 on target.

Under three goals per game were scored during 5 of the last 6 meetings where Universidad Nacional have taken part. Breaking down the goal distribution during that period, their opponents scored a total of 3 and Pumas got themselves 5. Historical results aside, time will tell if the trend shall continue on in this upcoming game or not.

Analysis of their past results shows that Universidad Nacional:

After tasting defeat last time out to Toluca in Liga MX (Clausura) competition, Club América and their fans will hope to get a better result this time.

In their previous 6 clashes, Club América have amassed a total of 11 goals. Las Águilas have also scored on each one of those occasions. In that time, their defenders have seen 6 goals scored by their opponents.

Coming into this clash, Club América have not beaten Universidad Nacional when they have played them away from home in the previous 3 matches in the league.

Looking at the statistics for their head to head duels going back to 07/12/2018, there has been little to separate the clubs with Universidad Nacional winning 1 of those games, Club América 1 and 4 being drawn in normal time.

There were also goals galore in those games, with 22 overall at an average of 3.67 goals per meeting.

The previous league game between these clubs was Liga MX (Apertura) match day 13 on 04/10/2020 which ended up with the score at Club América 2-2 Universidad Nacional.

That day, Club América had 61% possession and 24 shots on goal with 9 on target. The goals were scored by Nicolás Benedetti (39') and Federico Viñas (81').

At the other end, Universidad Nacional had 11 attempts on goal with 5 on target. Juan Pablo Vigón (28') and Juan Iturbe (55') scored.

Universidad Nacional boss Andres Lillini will be happy not to have any fitness concerns to speak of before this game thanks to a completely healthy group to choose from.

With a completely healthy squad to choose from, Club América manager Santiago Solari has no fitness worries whatsoever before this game.

We’re envisaging that Club América could find themselves up against it to be putting a goal past this Universidad Nacional team who we think will likely end up scoring and possibly keep a clean sheet as well.

We therefore think that it’s going to be a good battle with a 1-0 winning score for Universidad Nacional at full-time. 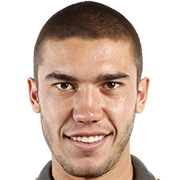 Typically playing in the Centre Midfield position, Juan Pablo Vigón was born in Guadalajara, Mexico. After having made a senior debut playing for Atlas in the 2012 - 2013 season, the gifted Midfielder has scored 3 league goals in this Liga MX (Apertura) 2020 - 2021 campaign to date in a total of 11 appearances.

We have made these Universidad Nacional v Club América predictions for this match preview with the best intentions, but no profits are guaranteed. Please always gamble responsibly, only with money that you can afford to lose. Best of luck.