Our full set of predictions, statistics and match poll for KAA Gent v Club Brugge can be seen below (including the best match odds).

KAA Gent head into this match coming off the back of a 1-1 First Division A drawn result against KV Mechelen.

The only player to score from KAA Gent was Roman Yaremchuk (10'). Nikola Storm (16') was the scorer for KV Mechelen.

Their most recent results shine a light on the fact that not much more can be done by the KAA Gent defence. De Buffalo's have been stingy, resulting in the total number of goals that have flown into the back of their net during their previous six outings standing at 4. We shall soon see if that trend can be sustained in this game.

Analysis of their past results shows that KAA Gent:

Following on from a losing effort in their last game against Dynamo Kyiv in Europa League competition, Club Brugge will be hoping to turn things around here.

A run of dependable performances by the Club Brugge defensive players has resulted in their ‘goals against’ tally amounting to 4 from their last 6 outings combined. Over that same period, the number of goals that they have scored themselves amounts to 15.

Coming into this meeting, Club Brugge have not lost to KAA Gent in away games against them for the last 2 league matches.

An examination of their prior head-to-head clashes stretching back to 03/02/2019 tells us that KAA Gent have won 1 of these & Club Brugge 3, with the number of drawn matches standing at 2.

In all, 13 goals were scored between them during those clashes, with 3 of them for De Buffalo's and 10 being from Blauw-Zwart. This gives an average number of goals per game equal to 2.17.

The last league match between these sides was First Division A match day 17 on 20/12/2020 which ended up with the score at Club Brugge 0-1 KAA Gent.

There’s just a single fitness concern for the KAA Gent manager Hein Vanhaezebrouck to be concerned with due to a largely intact squad. Alexandre De Bruyn (Hamstring Injury) misses out.

KAA Gent might have a difficult job to find the net against this Club Brugge outfit who we think should score at least once to gain the upper hand.

That’s why our selection here is for a hard-fought 0-1 win for Club Brugge when the referee blows for full-time. 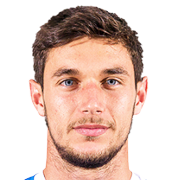 Regularly taking up the Striker position, Roman Yaremchuk was born in Lviv, Ukraine. After having played his first senior match for KAA Gent in the 2017 - 2018 season, the goalscoring Forward has scored a sum of 14 league goals in the First Division A 2020 - 2021 season to date from a total of 22 appearances.

While we have made these predictions for KAA Gent v Club Brugge for this match preview with the best of intentions, no profits are guaranteed. Always gamble responsibly, and with what you can afford to lose. Good luck if you do place a bet today.