Full predictions, pre-match stats and user poll for KRC Genk v Club Brugge are shown on this page (plus the best game odds).

Genk head into this match following on from a 1-1 Europa League drawn result against Dinamo Zagreb.

Fixtures with KRC Genk have tended to be absorbing affairs recently with high scoring the rule rather than the exception. Over their past six games alone, a grand total of 24 goals have flown in for both teams combined (at an average of 4 goals per game) with 16 of these belonging to KRC Genk. With no two games being the same, time will tell if the trend might be sustained in this upcoming game or not.

A look at their previous results shows us that KRC Genk:

After being beaten in their last game against RB Leipzig in Champions League competition, Club Brugge and their travelling fans will hope for a better result here.

Coming into this clash, Club Brugge haven't been beaten by KRC Genk when they have played them away from home in the previous 3 league matches.

A look at their prior head-to-head clashes stretching back to 01/09/2019 shows us that Genk have won 2 of these games and Club Brugge 3, with the tally of draws being 1.

19 goals were scored between them during those clashes, with 10 of them from Blauw-Wit and 9 coming from Blauw-Zwart. The average number of goals per game works out to 3.17.

The last league encounter featuring the two was First Division A - Play-Offs match day 6 on 23/05/2021 and the score finished Club Brugge 1-2 KRC Genk.

In that game, Club Brugge had 47% possession and 13 attempts on goal with 3 on target. The scorer was Ruud Vormer (80').

The Genk manager John van den Brom doesn’t have any fitness worries at all ahead of this game with a completely injury-free squad available to choose from.

Thanks to a completely healthy squad available for selection, the Club Brugge boss Philippe Clement has no fitness worries whatsoever ahead of this clash.

When taking all factors into account, Club Brugge will, in all probability, get a lot of shots on goal and make them count.

In contrast, KRC Genk won’t find it easy to score- but, we do see them scoring.

We’re therefore expecting to see a decent 1-3 victory for Club Brugge by the conclusion of the game. 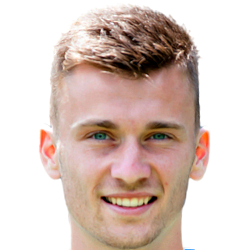 Typically used in the Centre Midfield position, Bryan Heynen was born in Belgium. Having made his senior debut playing for KRC Genk in the 2015 - 2016 season, the skilful Midfielder has managed 3 league goals in the First Division A 2021 - 2022 campaign so far from a total of 15 appearances.

While we have made these predictions for KRC Genk v Club Brugge for this match preview with the best of intentions, no profits are guaranteed. Always gamble responsibly, and with what you can afford to lose. Good luck if you do place a bet today.