All Club Brugge v RB Leipzig match predictions, user poll and stats are shown below (plus the best game odds).

Club Brugge will be looking for an improved result here following a 2-1 First Division A defeat last time out to KV Mechelen.

In that match, Club Brugge managed 45% possession and 16 shots on goal with 5 of them on target. The only player to score for Club Brugge was Bas Dost (51'). KV Mechelen had 11 attempts at goal with 4 on target. Hugo Cuypers (65') and Rob Schoofs (78') scored for KV Mechelen.

Fixtures involving Club Brugge have usually been entertaining encounters of late with high scoring the rule rather than the exception. Over their past six games, a total of 20 goals have been recorded for both teams combined (at an average of 3.33 goals per game) with 10 of them belonging to Club Brugge. We shall soon see whether or not that trend will be continued on into this next match.

After a losing effort in their last game against Hoffenheim in Bundesliga 1 action, RB Leipzig and their travelling supporters will be hoping that they can get a better result in this one.

In that game, RB Leipzig managed 58% possession and 5 shots on goal with 0 of them on target. For their opponents, TSG 1899 Hoffenheim got 22 shots at goal with 8 on target. Diadie Samassékou (12') and Moanes Dabour (68') scored for Hoffenheim.

The stats tell the story, and RB Leipzig have been scored against in 5 of their last 6 matches, letting opponents get 7 goals overall. Defensively, RB Leipzig have some weaknesses to address.

The previous league game between these clubs was Champions League match day 2 on 28/09/2021 which ended up with the score at RB Leipzig 1-2 Club Brugge.

In that match, RB Leipzig managed 66% possession and 14 shots on goal with 4 of them on target. Their only player to score was Christopher Nkunku (5').

The match was refereed by Slavko Vinčić.

The Club Brugge manager Philippe Clement doesn’t have any fitness worries whatsoever coming into this game owing to a completely injury-free group available to select from.

With a fully injury-free group to choose from, the RB Leipzig boss Jesse Marsch doesn’t have any fitness worries to speak of coming into this clash.

In our opinion, Club Brugge will really need to work well to break down this RB Leipzig side who will likely end up scoring and staying ahead.

We’re therefore predicting a good battle with a 0-1 win for RB Leipzig at the end of this game. 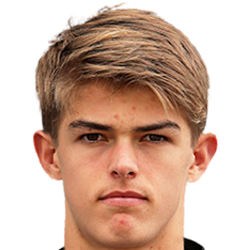 Usually taking up the Central Attacking Midfielder position, Charles De Ketelaere was born in Bruges, Belgium. Having made his senior debut playing for Club Brugge in the 2019 - 2020 season, the dangerous Midfielder has got 5 league goals in the First Division A 2021 - 2022 campaign to date coming from a total of 15 appearances.

While we have made these predictions for Club Brugge v RB Leipzig for this match preview with the best of intentions, no profits are guaranteed. Always gamble responsibly, and with what you can afford to lose. Good luck with your selections.