Club Tijuana will arrive at Estadio Azteca on Sunday for the Liga MX (Clausura) fixture with home team Cruz Azul.

Scroll down to see all of the predictions, poll and statistics for Cruz Azul v Club Tijuana (including the best match odds).

Cruz Azul will be wanting a better result here after a 1-4 Primera (Apertura) Liguilla losing effort in their last game against Monterrey.

It has not been often in recent games where Cruz Azul haven’t conceded. It will be a concern for them that Cruz Azul have been scored against in 5 of their previous 6 clashes, letting in 11 goals on the way. Let’s find out if that trend will be continued on here.

Club Tijuana come into this clash after a 3-2 Liga MX (Apertura) win with the downing of Pachuca in their previous fixture.

In the course of their six previous matches, Sebastián Méndez's Club Tijuana have seen their goal attempts be successful a total of 7 times, giving them the goals per game average of 1.17.

A look at their prior head to head clashes dating back to 26/01/2019 shows that Cruz Azul have won 4 of these games & Club Tijuana 1, with the tally of drawn results being 1.

A combined total of 18 goals were scored between the two sides during those clashes, with 11 from La Máquina Azul and 7 being from Xoloitzcuintles. The average goals per game has been 3.

In that game, Club Tijuana had 52% possession and 11 shots at goal with 3 of them on target.

For their opponents, Cruz Azul had 10 shots at goal with 3 of them on target. Luis Romo (17') scored.

The referee was Luis Santander.

The Cruz Azul boss Juan Reynoso will be grateful to have no fitness worries to speak of before this match with a fully injury-free squad to pick from.

Thanks to a completely healthy squad ready to go, the Club Tijuana manager Sebastián Méndez doesn’t have any fitness worries to speak of ahead of this match.

Cruz Azul can and should be able to create a decent number of chances and shots on target.

At the same time, Club Tijuana may well find it hard getting goals although we do see them getting the chances to score, too.

We can therefore see a decent 3-1 margin for Cruz Azul at the conclusion of the game. 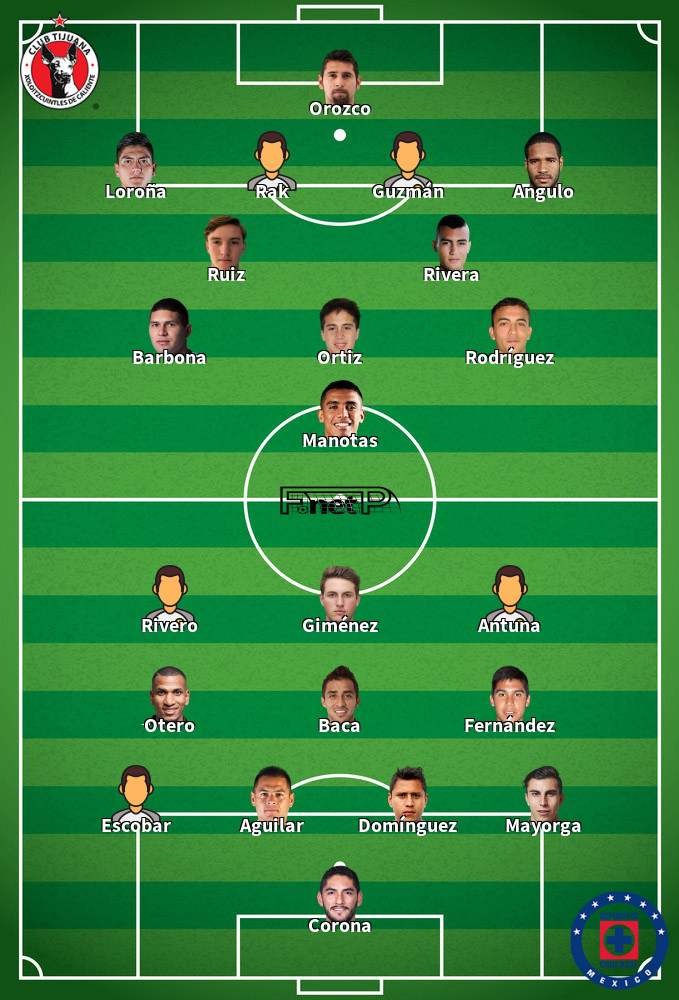 We have made these Cruz Azul v Club Tijuana predictions for this match preview with the best intentions, but no profits are guaranteed. Please always gamble responsibly, only with money that you can afford to lose. Good luck if you do place a bet today.