Monterrey face off with visiting club Club Tijuana at Estadio BBVA in the Liga MX (Clausura) meeting on Sunday.

View all of the Monterrey v Club Tijuana predictions, poll and stats below - plus the latest betting odds.

Monterrey head into this match following on from a 1-1 Liga MX (Clausura) drawn result versus Necaxa.

Their most recent results highlight the fact that much respect should be given to the Monterrey backline. Los Rayados have been miserly, seeing the total number of goals that have gone in at their end over the course of their last six clashes standing at 2.

Coming into this contest, Monterrey have not been beaten in their last 4 league matches at home.

After tasting defeat last time out to Tigres de la UANL in Liga MX (Clausura) action, Club Tijuana and their travelling supporters will be hoping that they can get a better result in this one.

Pablo Guede's Club Tijuana have converted a total of 10 times in the course of their most recent six matches. The overall goals that have been scored against them during those same clashes comes to 7.

Going into this one, Club Tijuana are without an away win for the past 2 league games.

Looking over their prior head to head meetings stretching back to 03/05/2018 tells us that Monterrey have won 2 of these & Club Tijuana 3, with the number of draws standing at 1.

A sum of 16 goals were scored between the two sides in this period, with 10 for Los Rayados and 6 for Xoloitzcuintles. That is an average goals per game value of 2.67.

The previous league contest featuring these clubs was Liga MX (Apertura) match day 8 on 05/09/2020 which finished with the scoreline of Club Tijuana 2-1 Monterrey.

The match was refereed by Jorge Antonio Pérez.

It doesn’t get much better regarding selection, with just a single fitness concern for the Monterrey manager Javier Aguirre to be concerned with from an otherwise fully-primed set of players. Daniel Parra (Ruptured knee ligament) misses out.

With a fully injury-free squad ready to go, Club Tijuana manager Pablo Guede has zero fitness concerns to speak of coming into this match.

We’re inclined to think that Monterrey should score more than once when they face Club Tijuana, who won’t find it easy finding the net themselves.

We’re tipping a 2-0 margin for Monterrey at full-time. 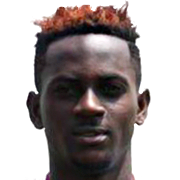 Mostly playing in the Striker position, Aké Loba was born in Abidjan, Ivory Coast. Having made his senior debut playing for Querétaro FC in the 2018 - 2019 season, the dangerous Forward has scored 4 league goals in the Liga MX (Apertura) 2020 - 2021 campaign so far in 8 appearances.

While we have made these predictions for Monterrey v Club Tijuana for this match preview with the best of intentions, no profits are guaranteed. Always gamble responsibly, and with what you can afford to lose. Good luck with your selections.