Colchester United will be taking on guests Rochdale at JobServe Community Stadium in this League Two fixture on Saturday.

Full predictions, pre-match stats and user poll for Colchester United v Rochdale are shown on this page - as well as up-to-date odds.

Colchester United will be hoping to return to winning ways here following a 2-1 EFL Trophy loss in their previous game against Sutton United.

Ahead of this meeting, Colchester United have not won against Rochdale in their last 7 league matches.

Rochdale go into this game after a 3-0 League Two win to defeat Newport County in their last fixture.

Throughout their six previous matches, Robbie Stockdale's Rochdale have turned their attacks into goals 9 times therefore yielding them the goals scored per game average of 1.5.

Coming into this clash, Rochdale remain undefeated by Colchester United when having played them away from home in the previous 3 league games.

An inspection of their past head to head results going back to 25/02/2012 tells us that these fixtures have not been happy ones for Colchester United. They have not managed to come away with any wins at all while Rochdale have just been stronger than them, finishing as winners in 67 per cent of those match-ups.

A combined total of 17 goals were produced between them during those clashes, with 5 of them from The U's and 12 coming from The Dale. This gives an average number of goals per game equal to 2.83.

The previous league fixture between these clubs was League Two match day 5 on 27/08/2021 and the score finished Rochdale 1-1 Colchester United.

Thanks to a fully injury-free group available to choose from, the Rochdale manager Robbie Stockdale does not have any fitness concerns to speak of before this match.

We’re of the opinion that Rochdale and Colchester United could well end up finding themselves level here, with both teams capable of netting.

We’ll see, but this looks like it could end up all-square. That’s why we have predicted a close game with a score draw when the referee blows the full-time whistle. 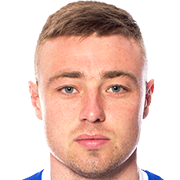 Mostly played in the Striker position, Freddie Sears was born in Hornchurch, England. Having played his first senior match for West Ham United in the 2007 - 2008 season, the goalscoring Forward has hit 8 league goals in this League Two 2021 - 2022 season so far in a total of 21 appearances.

We have made these Colchester United v Rochdale predictions for this match preview with the best intentions, but no profits are guaranteed. Please always gamble responsibly, only with money that you can afford to lose. Good luck!