Scroll down to see all of the predictions, poll and statistics for Sutton United v Colchester United - plus the latest betting odds.

Sutton United enter this fixture following on from a 3-3 League Two drawn game versus Stevenage.

At least three goals per match were seen in 5 of the last 6 meetings where Sutton United have been involved. Their opponents scored 10 of them in this period whereas Sutton United managed a tally of 12.

Going into this encounter, Sutton United are undefeated in their last 4 league matches at home.

After a loss in their previous game against Barrow in League Two action, Colchester United and their travelling fans will hope for a better result here.

The only scorer from Colchester United was Tom Dallison (54' Own goal). Josh Kay (91') was the scorer for Barrow.

The stats tell the story, and Colchester United have been scored against in 5 of their last 6 matches, seeing their opponents hit 12 goals overall. In defence, Colchester United certainly have room for improvement. Despite that, we will just have to wait and see whether the trend shall be maintained in this next game or not.

The Sutton United boss Matt Gray has a full complement, with no fitness worries to speak of before this match thanks to a fully injury-free squad ready to go.

In our view, Sutton United will, in all likelihood, convert a lot of goal-scoring opportunities.

At the other end, Colchester United are also probably going to find it difficult getting goals but we do think it’s quite likely that they will be scoring as well.

We therefore think that it’s going to be a comfortable 3-1 win for Sutton United at the conclusion of the game. 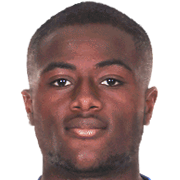 Usually played in the Right Wing position, David Ajiboye was born in England. Having made a first senior appearance for Sutton United in the 2021 - 2022 season, the skilful Forward has contributed 6 league goals in the League Two 2021 - 2022 campaign so far coming from a total of 21 appearances.

We have made these Sutton United v Colchester United predictions for this match preview with the best intentions, but no profits are guaranteed. Please always gamble responsibly, only with money that you can afford to lose. We wish you the best of luck.