Their big Europa League Qualifiers game on Thursday sees Coleraine take to the field against Motherwell.

View all of the Coleraine v Motherwell predictions, poll and stats below including the latest game odds.

Coleraine go into this fixture coming off the back of a 1-1 Europa League Qualifiers tied result against Maribor.

Their latest results reveal that huge efforts have been put in by the Coleraine defence. The Bannsiders have kept it tight, resulting in the total number of goals that have flown into the back of their net during their past 6 games standing at 2.

Motherwell will go into this encounter after a 1-0 Premiership win in the defeat of St Johnstone in their last fixture.

In that game, Motherwell managed 41% possession and 6 attempts at goal with 2 on target. The only player on the scoresheet for Motherwell was Allan Campbell (4'). On the other side, St Johnstone got 12 shots on goal with 3 on target.

Stephen Robinson's Motherwell have found the back of the net a total of 8 times throughout their latest 6 matches. The number of goals that they have conceded during that same period adds up to 7.

Coleraine boss Oran Kearney does not have any fitness concerns whatsoever before this game with a fully healthy squad available to select from.

We feel that over the course of the game, Coleraine could find themselves up against it to score goals against this Motherwell side who we think will gain the upper hand.

Therefore, we predict a hard-fought contest, finishing with a 0-1 winning score for Motherwell at the end of this one.

Over/Under 2.5 Goals Prediction for Coleraine vs Motherwell
Under 2.5 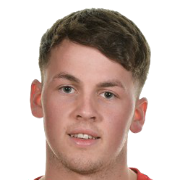 Mostly playing in the Left Attacking Midfielder position, Ben Doherty was born in Derry, N. Ireland. After having played his first senior match for Institute in the 2014 - 2015 season, the skilful Midfielder has struck 9 league goals in the Premiership 2019 - 2020 campaign to date in a total of 26 appearances.

We have made these Coleraine v Motherwell predictions for this match preview with the best intentions, but no profits are guaranteed. Please always gamble responsibly, only with money that you can afford to lose. Good luck with your selections.