View all of the FC Dallas v Colorado Rapids predictions, poll and stats below - plus the latest betting odds.

FC Dallas will be looking to improve on their last outing here after the 3-2 MLS losing effort in their last game against Minnesota United.

Luchi Gonzalez's FC Dallas have hit the back of the net a sum total of 6 times in their preceding six outings. The corresponding tally of goals that have been scored against them in those games stands at 6.

Colorado Rapids head into the game following a 0-2 MLS win to beat Real Salt Lake in their previous outing.

Colorado Rapids have had no problems opening up opposition defences leading up to this encounter, having scored 8 times in their last 6 matches. This doesn’t mask the fact that Rapids can also improve defensively after being scored against in 5 of those same matches. We will have to find out whether or not that trend will be sustained in this game.

If we look at their past head to head duels dating back to 28/09/2017, there has been little between the sides with FC Dallas winning 2 of those games, Colorado Rapids 2 and 2 being drawn in normal time.

A combined sum of 15 goals were shared by the two clubs in these games, with 7 from Toros and 8 belonging to Rapids. That’s an average goals per game figure of 2.5.

FC Dallas had 18 attempts on goal with 3 on target.

The referee was Chris Penso.

FC Dallas manager Luchi Gonzalez will be happy not to have any fitness worries to speak of ahead of this game owing to a fully injury-free squad available for selection.

Owing to a fully healthy group to pick from, Colorado Rapids boss Robin Fraser has zero fitness concerns at all before this game.

For this match, we think that Colorado Rapids are certainly able to breach the defence of this FC Dallas team, however that probably won’t quite be as many as they’ll concede.

We reckon that it will be both teams to score in a 2-1 winning score for FC Dallas after the 90. Should be an interesting one. 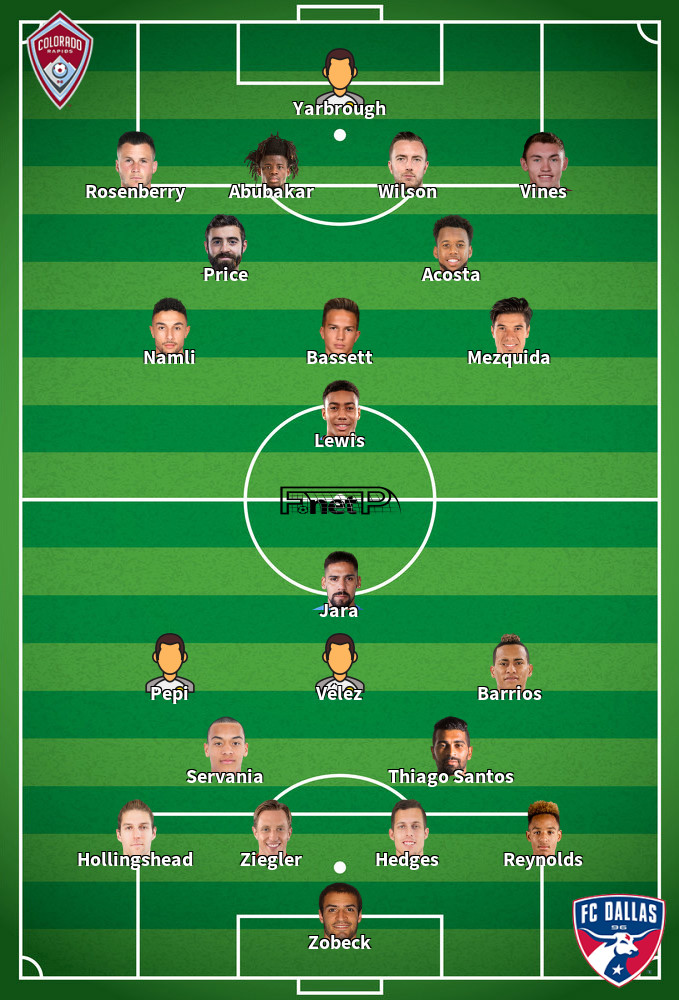 While we have made these predictions for FC Dallas v Colorado Rapids for this match preview with the best of intentions, no profits are guaranteed. Always gamble responsibly, and with what you can afford to lose. Best of luck.