Our New York City FC v Colorado Rapids predictions, statistics and match poll can be seen below (plus the best game odds).

New York City FC, buoyed by their previous result, will be hoping for more of the same after the 0-1 MLS success versus Minnesota United.

New York City FC have been on a persistent run of goalscoring form, hitting the target in each and every one of their last 6 games.

They have totted up the amount of 10 during that time and have conceded a total of 1.

Since a losing effort in their last game against Nashville in MLS competition, Colorado Rapids and their fans will hope to get a better result this time.

In that game, Colorado Rapids managed 65% possession and 13 shots on goal with 5 on target. The only player on the scoresheet for Colorado Rapids was Diego Rubio (78'). On the other side, Nashville had 9 shots at goal with 6 of them on target. C.J. Sapong (8') and Hany Mukhtar (14', 17') scored for Nashville.

In the course of their six previous matches, Robin Fraser's Colorado Rapids have slotted home 6 times thus giving them the goals per game average of 1.

The previous league fixture between these clubs was MLS match day 26 on 21/07/2019 which ended up with the score at Colorado Rapids 1-2 New York City FC.

In that game, Colorado Rapids managed 22% possession and 8 attempts at goal with 3 of them on target. The scorer was Sebastian Anderson (6').

The referee was Chris Penso.

Looking at personnel, there is just one fitness concern for the New York City FC boss to be concerned about from of an almost fully healthy squad. Anton Tinnerholm (Achilles tendon rupture) is sidelined.

We feel that in this game, New York City FC will probably fashion enough chances to find the net more than once while possibly not conceding when they meet Colorado Rapids, who will not find it easy scoring. 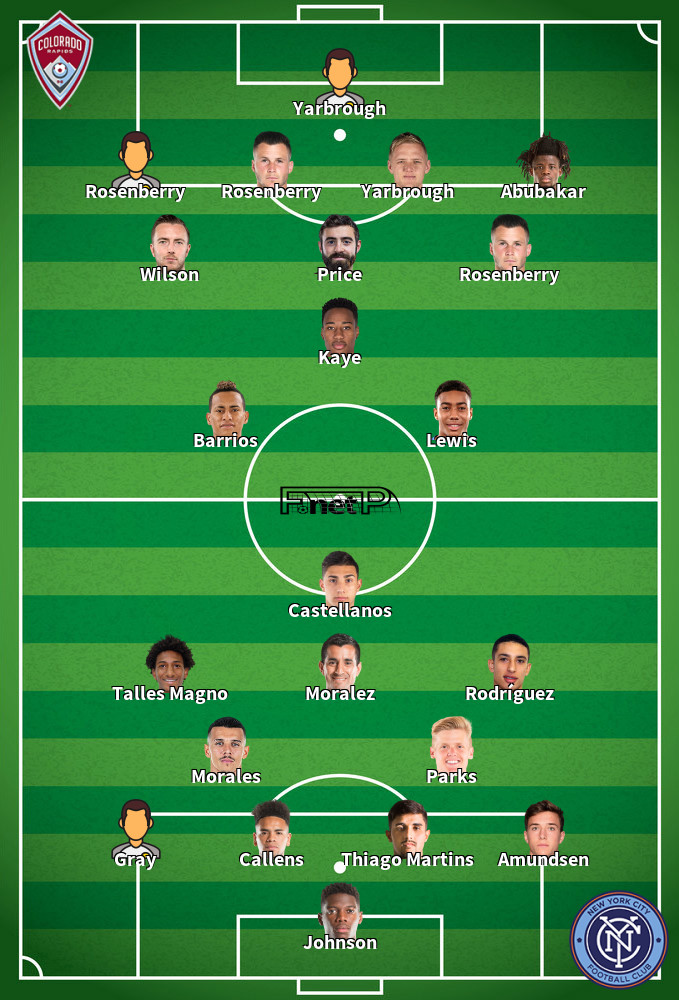 While we have made these predictions for New York City FC v Colorado Rapids for this match preview with the best of intentions, no profits are guaranteed. Always gamble responsibly, and with what you can afford to lose. Good luck!